Deputies with the Marion County Sheriff's Office shot and killed a man who is accused of attacking them with a knife at a gas station in The Villages.

MARION COUNTY, Fla. - The Marion County Sheriff's Office says that a man was shot dead after attacking two deputies with a large knife at a gas station in The Villages.

“Just a quiet Tuesday night and evil raised it head at a time that you least expect it," Marion County sheriff’s Sgt. Paul Bloom said."They were just chitchatting in the parking lot after they fueled their cars and an evil man pulled up with every intention to kill them with a large knife.” 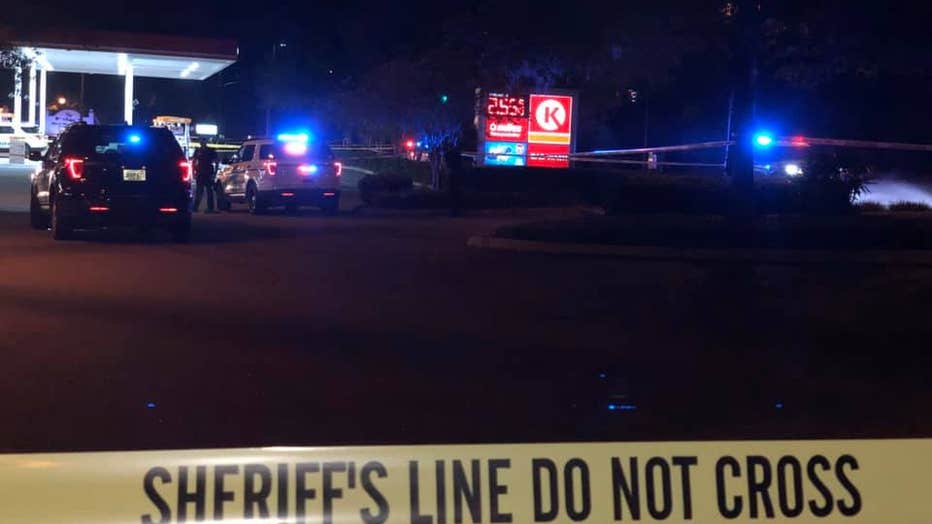 According to the Sheriff's Office, the shooting happened just after 10:30 p.m. Tuesday night at a Circle K gas station. Officials say that a man attacked the deputies with a large knife as they were refueling their patrol vehicles.

"He pulled up in the parking lot, jumped out of his vehicle with a knife and really surprised them," Sgt. Paul Bloom said.

That's when the deputies were forced to open fire.

"An adult male was transported to an area hospital. This is a developing situation," the Sheriff's Office wrote on Facebook.

The deputies rendered aid to the suspect before the ambulance arrived.

In an update Wednesday morning, the Sheriff's Office said the suspect had died.

All deputies involved were not injured, neither were the people who were working inside the gas station. Officials say they do not know why the man attacked the law enforcement officers.

Investigators said the man lives in Marion County and deputies search his home looking for a motive.

The deputies are on paid administrative leave, which is standard practice.

The investigation has been turned over to the Florida Department of Law Enforcement.