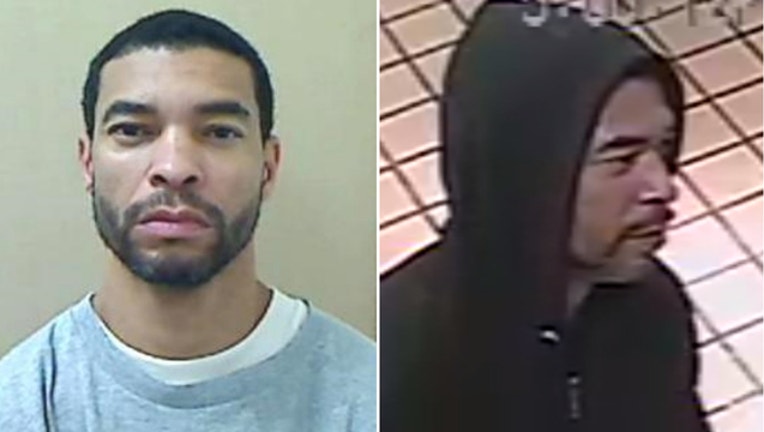 CALLAWAY, Md. (FOX 5 DC) - Maryland State Police say they are looking for an escaped inmate from North Carolina, who is considered armed and dangerous, after a vehicle he stole was spotted in St. Mary's County on Saturday.

Officials said they're looking for 45-year-old Cul Priest Lamont Jones, who escaped from Hoke County Correction Facility in North Carolina. Jones' prior convictions include assault with a deadly weapon, attempted murder, breaking and entering, and theft of a firearm.

A trooper responded to a campground at the 45000 block of Take It Easy Ranch Road in Callaway, Maryland for reports of a suspicious vehicle. A blue and tan Chevrolet 1500 Z71 registered in Virginia had reportedly been parked in the woods behind the campground for about six days.

Investigators said they learned the truck was reported stolen through the Brunswick Virginia Sheriff’s Office.

Police searched the area near where the stolen truck was found, but were not able to find Jones.

North Carolina Highway Patrol and Brunswick County Sheriff’s Office told the Maryland State Police that Jones should be considered armed and dangerous and should not be confronted if located. If you see Jones, you're urged to call 911.