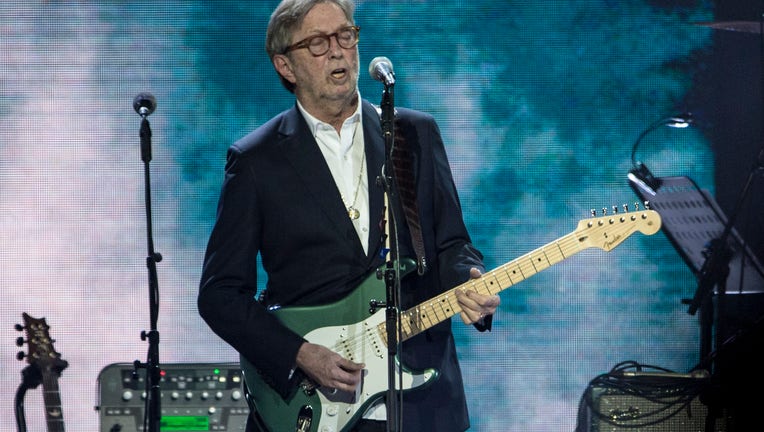 Eric Clapton performs at the Music For Marsden 2020 at The O2 Arena on March 3, 2020 in London, England. (Photo by Neil Lupin/Redferns)

Eric Clapton has said he will not perform at any venues that require attendees to prove that they have received their full vaccination from the coronavirus.

The musician and outspoken vaccine skeptic issued a statement that was highly critical of U.K. Prime Minister Boris Johnson’s announcement that vaccine passes would be required to enter nightclubs and other live performance venues in light of increasing coronavirus cases.

The "Wonderful Tonight" singer issued a statement on the Telegram account of film producer and architect Robin Monotti, a known COVID-19 vaccination skeptic as well. In it, he issued a direct response to Johnson’s announcement and called the situation for those who do not wish to get the vaccine discriminatory.

"Following the PM’s announcement on Monday the 19th of July 2021 I feel honor-bound to make an announcement of my own," Clapton said. "I wish to say that I will not perform on any stage where there is a discriminated audience present. Unless there is provision made for all people to attend, I reserve the right to cancel the show."

Senate Majority Leader Chuck Schumer held a press briefing, discussing the delays of COVID-19 passports as travel starts to increase in the country and New York state. During the briefing, he called on the state department to increase personnel in passport departments to assist.

The message was accompanied by a link to the 76-year-old's recent collaboration with Van Morrison for the anti-lockdown song "Stand and Deliver." The 4-minute and 33-second track expresses criticism over shelter-in-place orders and other coronavirus restrictions such as face masks.

The Guardian reports that Clapton previously used Monotti’s Telegram account in May to share his negative experiences of receiving the AstraZeneca vaccine, claiming to have experienced "severe" reactions after getting his shot.

According to Rolling Stone, Clapton’s declaration won’t bump with the Prime Minister’s directive until at least May of 2022 when he has two dates scheduled to perform at the Royal Albert Hall in London. However, he has a handful of North American concert dates scheduled for September.