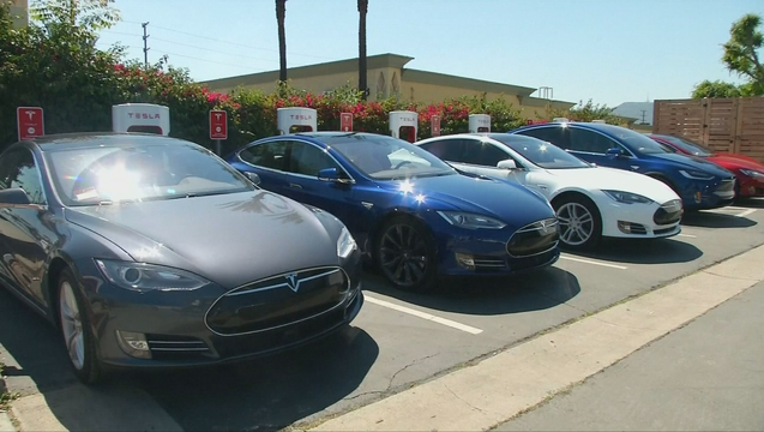 FOX NEWS - Teslas will be able to drive themselves from their home garage to the parking lot at their owner’s job by the end of the year, Elon Musk said on Tuesday.

RELATED: Tesla gears up for full self-driving cars amid skepticism

Speaking at the company’s shareholder meeting, Musk said Tesla’s Full Self-Driving system will be “feature complete” this year, but will still require supervision by a human driver prepared to take over.

Musk said that the rapid development of the tech is made possible by the system’s new in-house designed computer that is 21 times faster than the Nvidia unit it replaces, along with billions of miles of data collected from Teslas on the road today.

All Teslas built since October 16 are compatible with the optional feature, and Musk predicted that unsupervised self-driving will be possible next year.

Once Full Self-Driving is fully operational and regulations allow the operation of a vehicle with no one on board, Tesla plans to allow owners to let their cars participate in a robotic taxi service that will turn the vehicles into “appreciating assets."

Musk said that it will be “financially insane to buy anything but an electric car that can be updated to autonomous.”

Consumer Reports recently criticized the latest version of Tesla’s Navigate on Autopilot feature, which is far short of Full Self-Driving but can self-steer along a highway and pass other cars, saying that it operated like “a kid behind the wheel for the very first time,” and sometimes passed on the right and cut off vehicles.

Musk also said that the rollout of a promised function called Advanced Summon that can autonomously drive a Tesla from a parking space to its owner has been delayed because “there’s a lot of complexity in parking lots.”

He pointed out that if the car is overly sensitive to obstacles, it will be too paranoid to operate effectively, but that designing it to be too aggressive is also bad.