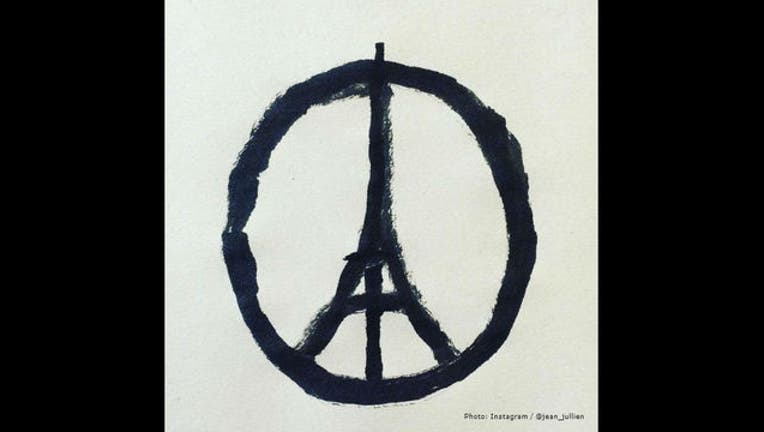 (FOX 11) - Following Friday's terror attacks in Paris, which left at least 129 people dead and hundreds injured in several coordinated attacks across the city, a touching image has been circulating on social media.

The symbol shows the Eiffel Tower in the form of a peace sign and has been shared widely with the hashtags #PrayforParis, #jesuisparis and #StandwithParis.