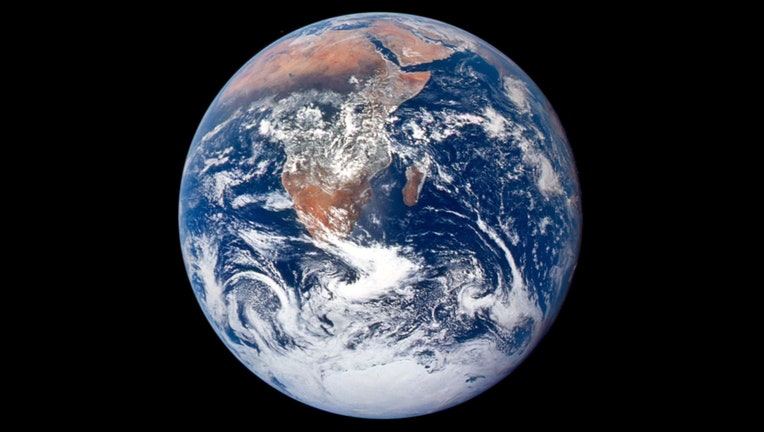 FILE - A satellite photo of Earth on April 22, 1970, people around the world marked the first Earth Day.

This planet has been home to all sorts of species from the simplest of microscopic organisms to complicated and intelligent human beings.

Earth has given life and helped it thrive so it only makes sense that there is a dedicated day to celebrate it.

After a whirlwind year when an ongoing pandemic halts daily life on Earth for almost all humans, the big blue marble kept spinning and gave us sunshine and fresh air, rekindling our love for nature and reminding us not to take this planet for granted.

Celebrate Earth Day on April 22 and educate yourself on the impacts humans have had on climate change and reinvigorate your urgency to make changes happen - big or small - to keep Earth healthy and clean for future generations to enjoy.

Tubi has dozens of documentaries and shows highlighting the beauty and spoils Earth has to offer, for free.

"This Earth Day - take a tour around our planet as this comprehensive feature length documentary explores the impact of human existence upon the Earth and what can be done to prevent an ecological disaster. With footage shot around the world, Earth Day both entertains and educates the viewer on the latest global warming and climate change efforts to restore our Earth."

"Bypassing politics and fingerpointing, this forward-thinking documentary zeroes in on enterprising individuals — from a wind farmer to a solar-panel retrofitter — who are devising business-minded ways to avert the looming climate crisis. The cross-country expedition yields encounters with Virgin Group CEO Richard Branson, Earth Day founder Denis Hayes and former CIA director James Woolsey, along with everyday pioneers in low-carbon living."

"One Day on Earth is the first film made in every country of the world on the same day. We see both the challenges and hopes of humanity from a diverse group of volunteer filmmakers assembled by a participatory media experiment. The world is greatly interconnected, enormous, perilous, and wonderful."

"Earth and the change in climate are examined in this documentary about the dwindling bee population, and what that means for human beings."

"This documentary breaks down scientific data on climate change into digestible, easy-to-understand science and shows the crucial moment the planet is in."

"A look at the most urgent climate emergencies facing the planet and the work scientists and activists around the world are doing to save it."

"Through the lens of a photographer and explorer, see how climate change is directly impacting the health and livelihoods of people across the country."