Mainland High School in Daytona Beach was placed on lockdown over an e-cigarette Friday. A student spotted a "suspicious" device believed to be a bomb, but upon investigation, it was an e-cigarette device.

DAYTONA BEACH, Fla. - A school was placed on lockdown over an e-cigarette Friday, forcing the school to move some students to a different part of the campus. Some parents say they are not happy with how it was handled.

Parents of students at Mainland High School got one of those phone calls no parent wants to get. The voicemail said, “This morning, a suspicious device was reported. We followed our code blue bomb threat procedures.”

“My heart dropped. I’m like a phone call? Like what?” said parent Nicole Carlsen. “I was kind of upset and then she was scared.”

It turns out that bomb scare was no bomb at all. It was an e-cigarette.

But a Volusia County Schools spokesperson says one student couldn’t tell the difference. They found the e-cigarette smashed on campus with wire hanging out and reported it to the school. The school then activated a Code Blue, relocating people from the immediate area and calling in Daytona Beach Police. The district says that is the protocol for anything that may involve an explosive device. 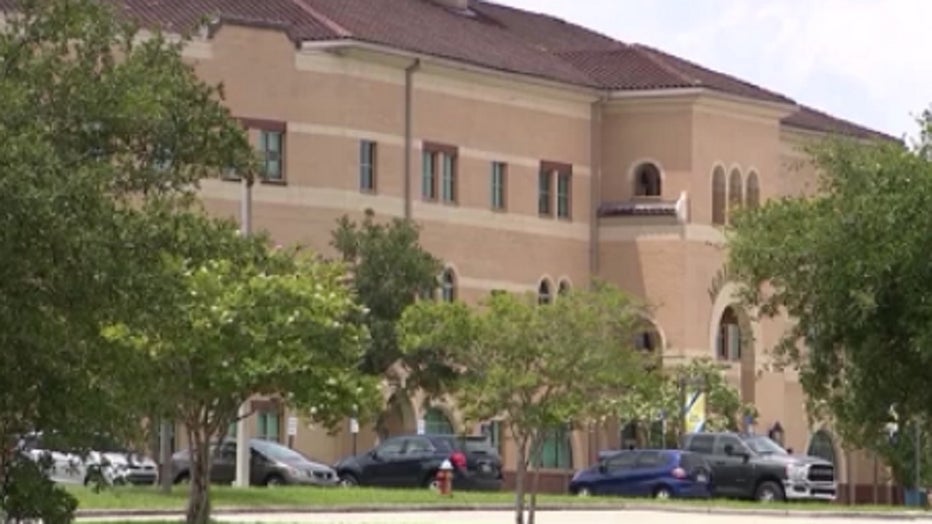 “It’s the safety of your child. Your child’s at school. You want to make sure they’re safe.”

Law enforcement officers and school officials finally determined that suspicious device was just an e-cig with no threat to the students or staff, but some parents wish the school told them about the incident as it was happening and not after it ended.

“Letting them know you know, we have a situation here at the school. We have everything under control. We’re doing everything we can to resolve it. So I was upset about that,” Carlsen added.

The school district says the lockdown was only in effect for a short period of time and then things went back to normal.