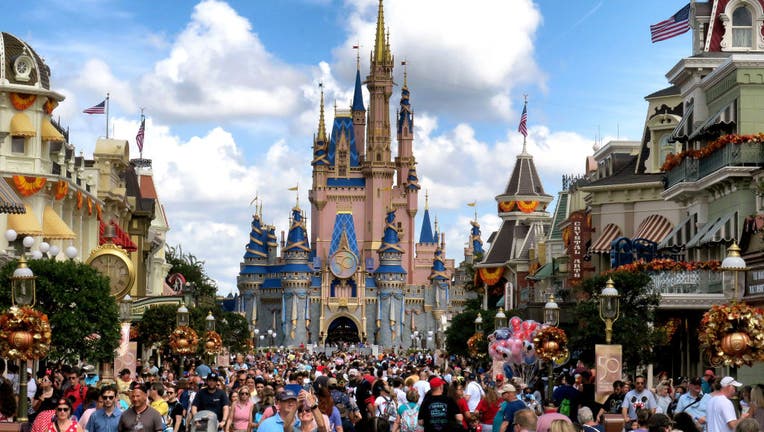 The performance this week in the Magic Kingdom by the "Indianettes" drill team from Port Neches-Grove High School "did not reflect our core values, and we regret it took place," Disney spokeswoman Jacquee Wahler said in an emailed statement.

An audition tape that the school had provided in order to be selected to perform at the theme park resort was inconsistent with the actual performance, the statement said.

Wahler said new measures have been implemented to prevent that from happening again. She did not elaborate.

In a video of the performance posted on Twitter, members of the drill team are seen tapping their hands over their mouths and whooping, as a drum pounds in the background, in what is stereotypically called a "war cry."

Port Neches-Groves school district Superintendent Mike Gonzales and Indianettes director Cortnie Schexnaider did not immediately return messages seeking comment. However, the district issued a statement to KFDM-TV in Beaumont in which district officials said they are "aware of the concern regarding the performance of our band and Indianettes at Disney World."

"We are committed to diversity, equity, and inclusion in our school district. Our district is nearing 100 years old, and our Board of Trustees is committed to always making the best decisions for our students, staff, and the communities of Port Neches and Groves," the district stated.

According to a PN-G spokesperson, this is the 8th time that PN-G performed the routine at Disney World. The spokesperson says Disney has never asked ahead of time about the planned performance.

Port Neches is a petrochemical refining center located near the Gulf Coast about 13 miles (20 kilometers) southeast of Beaumont, Texas. The Indianettes have been a fixture at Port Neches-Groves High School for more than 50 years, according to the school district website.