The grand jury’s decision came about a year after the women first filed their suits, accusing Watson of exposing himself, touching them with his penis, or kissing them against their will during massage appointments. One woman alleged Watson forced her to perform oral sex.

During a special hearing in February, Rusty Hardin, Watson's attorney, asked the judge to delay the deposition of his client until there is a resolution with the criminal case filed against him, saying there will be prejudicial impacts.

Deshaun Watson gets emotional after grand jury does not indict him

Houston Texans quarterback Deshaun Watson gets emotional during a news conference after a grand jury decides to not indict him on criminal charges after being accused of sexual assault.

The judge ultimately ruled the deposition can go on, but will be restricted to the nine accusers who have not filed a criminal complaint. 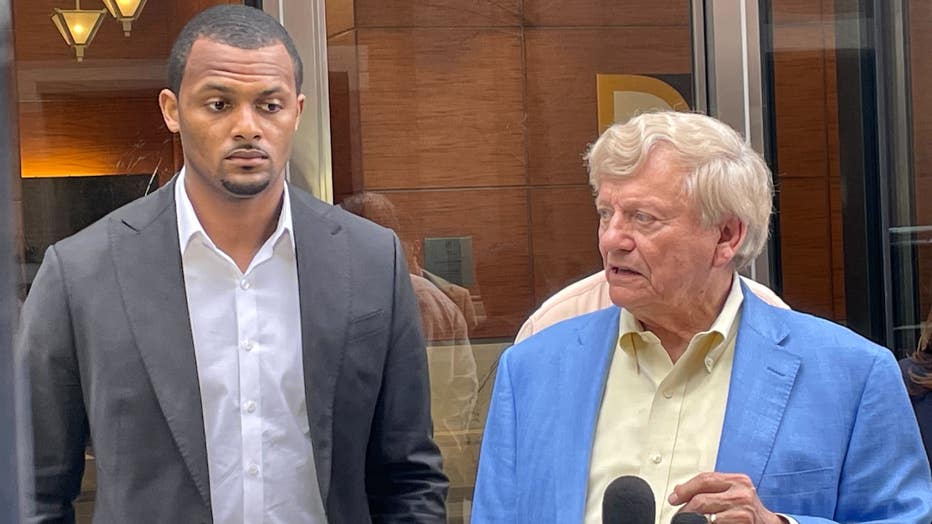 Deshaun Watson and his attorney, Rusty Hardin, address the news media after a grand jury said no criminal charges will be filed against Watson. (Source: KRIV)

Eight of the women who sued Watson filed criminal complaints against him with Houston police and appeared before the grand jury.

The FBI also had been reviewing the allegations.

"They only made these criminal complaints after we urged them to do so. They did so, they were listened to, and we were vindicated in the sense of what we believed would happen. If law enforcement thoroughly looked at these matters, that we’d have the result that we have today," said Hardin. 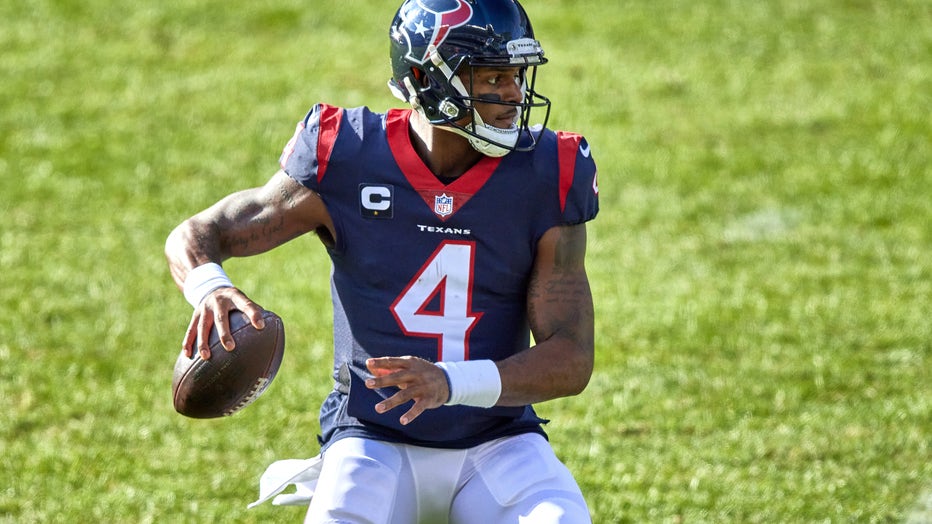 "After a Harris County grand jury was presented all the evidence and had the opportunity to hear from all witnesses, grand jurors declined to indict Deshaun Watson. Grand jury proceedings are secret by law, so no information related to their inquiry may be disclosed," said Dane Schiller, spokesman for the Harris County District Attorney’s Office.

In total, there are 22 women who have filed a civil lawsuit against Watson claiming sexual misconduct, including lewd behavior and sexual assault during massage therapy sessions.

"We are delighted that the grand jury has looked at the matter thoroughly and reached the same conclusion we did. Deshaun Watson did not commit any crimes and is not guilty of any offenses. Now that the criminal investigations have been completed, we are happy to move forward with the civil case depositions. We will vigorously defend those cases with every ounce we have. There were no crimes here but there is a plaintiffs’ attorney churning up negative press and churning up his clients hoping for a pay day. These cases have been the product of a lawyer maximizing his own personal publicity at the expense of others, including his own clients. It is time to let Deshaun move on."

During a news conference on Friday, Watson said, "Today justice was serviced for us. I just thank my lord and savior. Going to keep fighting to rebuild my name and my appearance in the community."

Tony Buzbee, the attorney representing the women who filed the cases, released the following statement following the decision:

"We have been closely monitoring all developments in the matter which remains under review of the personal conduct policy."

Watson is expected to be deposed again on Tuesday.