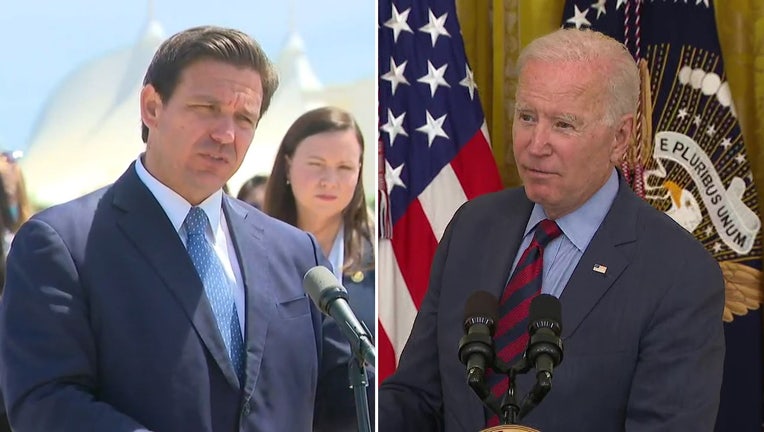 He went on to announce that he would not comply.

"I have rejected this request," DeSantis continued. "There will be no @FLGuard sent to D.C. for Biden’s State of the Union."

Last week, the Pentagon had approved the deployment of 700 unarmed National Guard troops to the nation’s capital as it prepares for trucker convoys that are planning protests against pandemic restrictions, in addition to Biden's State of the Union address on March 1.

Defense Secretary Lloyd Austin approved the request Tuesday from the District of Columbia government and the U.S. Capitol Police, the Pentagon said in a statement Tuesday night.

The troops would be used to assist with traffic control during demonstrations expected in the city, the Pentagon said. Four hundred Guard members from the District of Columbia Guard will be joined by 300 Guard members from other states, according to the statement.