Detectives have been investigating the death of a man and a stabbing of a woman at an apartment complex in Downtown Orlando.

Deputies say around 1:45 a.m., a 27-year-old woman showed up at Orlando Regional Medical Center with serious stab wounds. They raced to an apartment unit -- which they said was "connected" with the woman -- and found 32-year-old Christopher J. Campa dead. Detectives say his body shows signs of trauma, but they aren't giving any details. 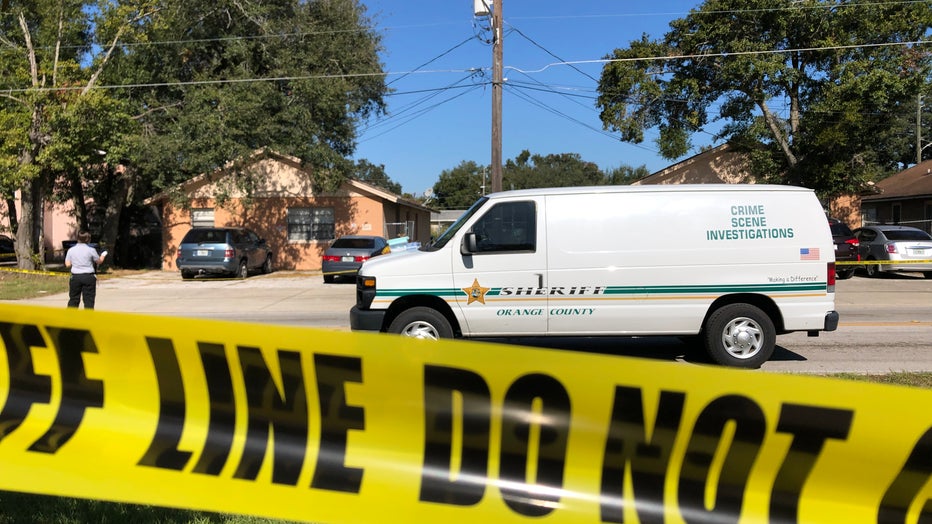 Neighbors were stunned. They said they had no idea about the brutal attack just around the corner.

“My boyfriend just turned on the TV this morning and he was like 'Babe, look what happened!' and I was like, 'Oh my god! That's right here!'” said Rose Sanchez, who lives in the small apartment complex.

All of this happened a stone's throw from the playground at Kaley Square Park. One mother out there said she's not sticking around.

“Every day I'm worried,” said Sarah Turner, who was there with her infant son, “every single day when I walk out the house I feel like anything could happen.”

Community activist Jack Williams said no one, especially children, should see this in their neighborhood.

“The effect that it has on these kids mentally, is tragic,” he said, “it's tragic.”

Deputies say there are no suspects on the run, and they are still working to piece together what happened. They ask anyone who has any information about this incident to please give CrimeLine a call at 800-423-TIPS (8477).