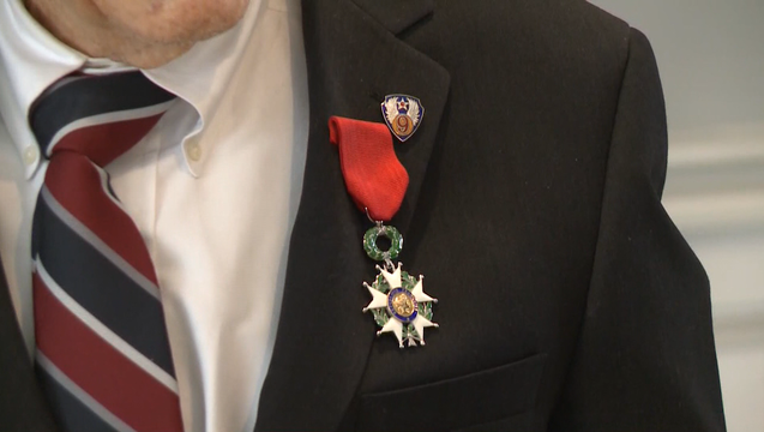 ATLANTA (AP) - Democrats hope to enlist military veterans in another type of fight - for majority control of the House.

Looking ahead to next year's elections, Democrats are trying to recruit at least two dozen military veterans to challenge Republican incumbents, arguing that candidates with a military background on their resumes appeal to independent voters and can help the party break the GOP grip on Washington.

"Veterans have had the experience of putting the country first, before personal politics" and party dictates, said Rep. Seth Moulton, D-Mass, who did four tours of duty in Iraq, left the Marines as a captain and was elected to Congress in 2014. That tends "to attract the kind of independent voters who are looking for a good leader," Moulton added.

Several veterans already have announced their bids in some of the 79 Republican-held House districts that national Democratic Party leaders have identified as top targets.

Decades ago, veterans of World War II, Korea and Vietnam were mainstays in Congress. In 1969-71, 398 veterans served in the House and 69 in the Senate, according to the Congressional Research Service. But the change to an all-volunteer force in 1973 sent those numbers plummeting.

For Democrats, struggling to return to the majority, military veterans provide potential candidates as the party deals with an electoral wipeout during Barack Obama's presidency, with the loss of more than 1,030 seats in state legislatures, governor's mansions and Congress.

Moulton and Sen. Tammy Duckworth, D-Ill., who lost both legs and partial use of an arm in a rocket-propelled grenade attack in Iraq, have spoken to veterans in districts ranging from obvious Democratic targets to places where the path to victory isn't as obvious.

The party needs to pick up 24 seats to reclaim a House majority next November.

Both mentioned President Donald Trump as factors in their campaign.

"All the bravado and the wailing and gnashing of teeth isn't the way we conduct ourselves as professional service members," Houlahan said of Trump's rhetoric.

Said Crow: "I'm deeply troubled by President Trump and what he's trying to do to country and our democracy."

But all three candidates, along with Moulton, agreed that veterans offer voters an approach rarely taken on Capitol Hill.

"We know what it's like to serve the country in non-political ways, and we're standing up to say that the system is broken," said Crow. He added that any military unit brings together "Republicans, Democrats, unaffiliated, every different background, every part of the country, urban rural, every rung of the economic ladder, and they have to come together very quickly ... or the mission fails."

Louisiana Gov. John Bel Edwards, a West Point graduate and former Ranger, emphasized his record to attract enough voters in a conservative state. In Missouri last year, former Army intelligence officer Jason Kander drew national attention for his U.S. Senate campaign ad in which he assembled an AR-15 rifle while blindfolded. He lost by 3 percentage points, but got 230,000 more votes than Clinton, who lost the state by 18 points.

Seth Lynn, who runs the nonpartisan Veterans Campaign, an organization that trains veterans running for office, says research suggests veterans running against a non-veteran get "about a 2-point bump" on average.

Some of that, Lynn says, is the usual clamoring by the party out of power: Republican veterans arose in 2010, the first midterm under Obama, and Democrats' boasted a large slate in 2006, amid opposition to the Iraq war during President George W. Bush's second term.

Those veteran candidates did not all win, of course. But those midterm years marked the last two times voters tossed out the House majority in favor of the other party.