Crews have started tearing down the Treasure Island Resort in Daytona Beach Shores, a once popular hotel that turned into an eyesore, residents say.

For Jeff and Vicki Hankins, it was a bittersweet day.

The Ohio couple later got married and even stayed at the hotel for their honeymoon. When they heard it was set to be demolished, they wanted to see it in person.

"We have so many happy memories here, and we brought our children here," said Vicki.

The city said the resort became an eyesore and safety hazard after being damaged by hurricanes in 2004. 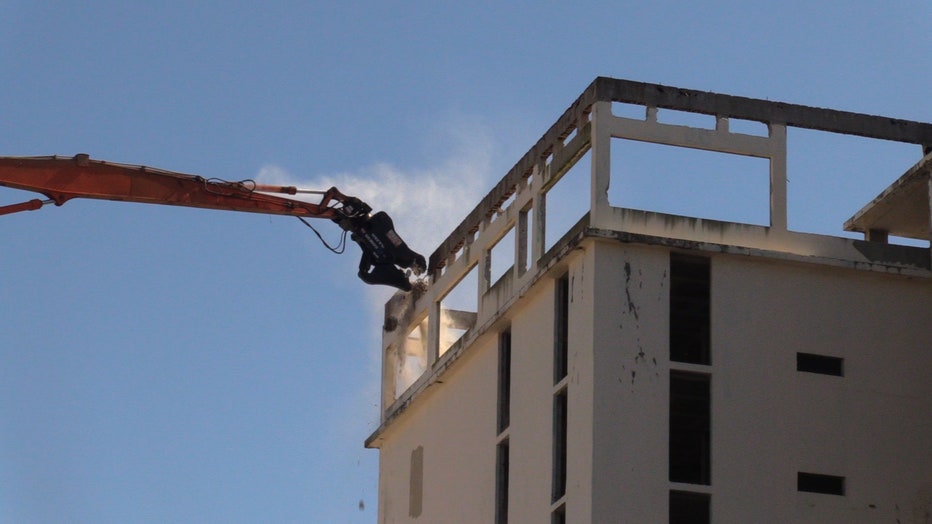 "It’s bittersweet but it’s time. It’s been an eyesore since what 2004?" says Patty McKeeton.

The city held a champagne celebration Monday morning to kick off the demolition. The city’s mayor said they are now looking ahead at what’s to come.

"When the market is right and the time is right there will be a beautiful structure here. Right now we’re looking at probably a hotel and a condo," said Mayor Nancy Miller, Daytona Beach Shores.

The city said it will take crews 2 weeks to demolish the hotel and an additional eight weeks to clear the debris and restore the property.