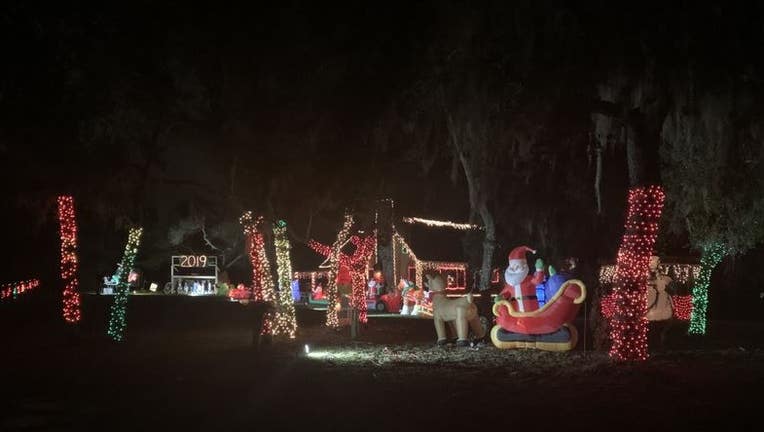 DELTONA, Fla. - A Deltona couple famous for their holiday decorations says they will not let an upcoming road project stop them from spreading Christmas cheer.

A lot of locals know their house well – the swaying snowmen, Santa and his reindeer, the fence and trees wrapped in lights and the home brightening cool central Florida nights.

Vincent and his wife Connie Bush have been setting up the elaborate display for more than 30 years.

“We’ve been doing it for so many years that we go anyplace and people say, 'You’re the ones with the Christmas lights,'” Bush said.

But next year, the traditional display will have to change. Howland Boulevard will go from two to four lanes. Vincent says he’ll lose about 25 feet of decorating space in his front yard.

“It’s gonna take all of the frontage of the property. You won’t see any trees lit up now and the fence will be gone,” Vincent said.

Visitors know all about it. “I wanted to actually park and get out and walk it because I know there’s gonna be something huge happening within the next year or so and this display is going to be completely different,” said Ashley Burns, who stopped at the house with her kids on Christmas Eve.

She says she’s been coming to the property for about 17 years.

“Leave the community the way it is,” Burns said.

Vincent and Bush say despite the construction, they plan to put on a show in 2020. It may not look exactly the same, but they promise to get creative.

“We’re still gonna decorate. We’ll do it for the kids and the people. We don’t know what we’ll do but we’ll do it,” Bush said.

A traditional home Christmas light display could likely be impacted by a road project.