The Daytona Tortugas sold out Jackie Robinson Ballpark for the first time in years. That’s because New York Mets star and DeLand’s own Jacob deGrom was making a rehabilitative start there as he continues to recover from injury.

DAYTONA BEACH, Fla. - The Daytona Tortugas sold out Jackie Robinson Ballpark for the first time in years. That’s because New York Mets star and DeLand’s own Jacob deGrom was making a rehabilitative start there as he continues to recover from injury.

"It’s a dream come true because I don’t know how else would be able to see him," said Rick Vingara.

Vingara and his son Ricky came out six hours before the first pitch to catch a glimpse of the Mets star. Ricky plays for the same team deGrom once played for – the Ormond Spikes – so Jake signed his ball.

"It’s very fun to be holding this," said Ricky Vingara. "I want to be on the other end behind the dish catching for him."

deGrom grew up in DeLand and played for Stetson University. He would go on to become one of the best pitchers in all baseball winning two CY Young awards.

"He’s always been my favorite pitcher since I knew him so I’m excited to see him pitch today," said young fan Owen Schrage.

The sold-out crowd of over 4,000 packed into Jackie Robinson Ballpark to watch deGrom do something he’s never done before -- pitch a pro game in Daytona Beach.

"It was really cool," said deGrom. "Growing up around here, seeing the support from the community is awesome."

degrom is rehabbing with the Mets’ single-A affiliate the Port St. Lucie Mets. He pitched 3 innings against the Daytona Tortugas striking out six and hitting 100 on the gun in front of friends and family. 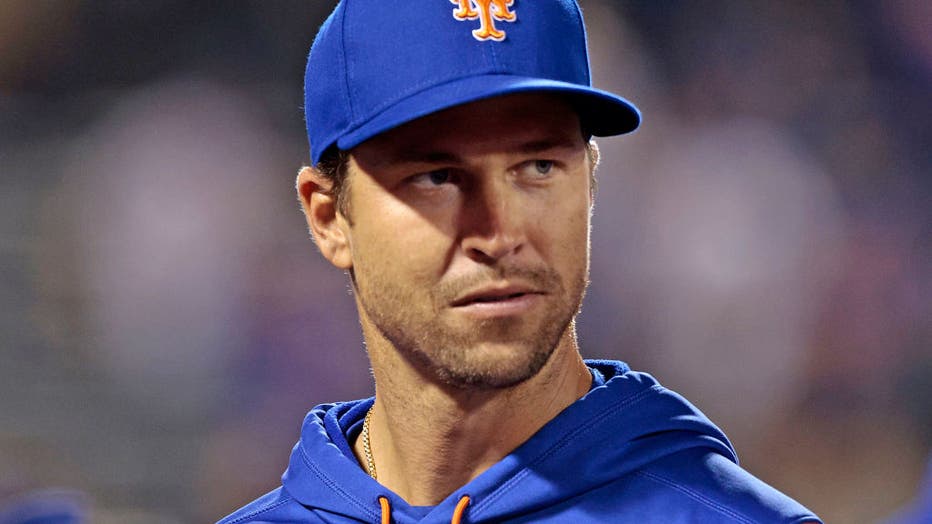 NEW YORK, NY - MAY 28: Jacob deGrom #48 of the New York Mets walks back to the dugout after the game against the Philadelphia Phillies at Citi Field on May 28, 2022 in New York City. The Mets defeated the Phillies 8-2. (Photo by Christopher Pasatieri

"My whole family was here. Parents, wife, kids, sisters, brothers, in-laws quite a bit of family so it was cool," said deGrom.

deGrom hasn’t pitched a major league game in over a year now as he’s rehabbed two different injuries. He tells FOX 35 News he felt good out there and was happy with the control of his fastball. He was excited to get back to the Mets.