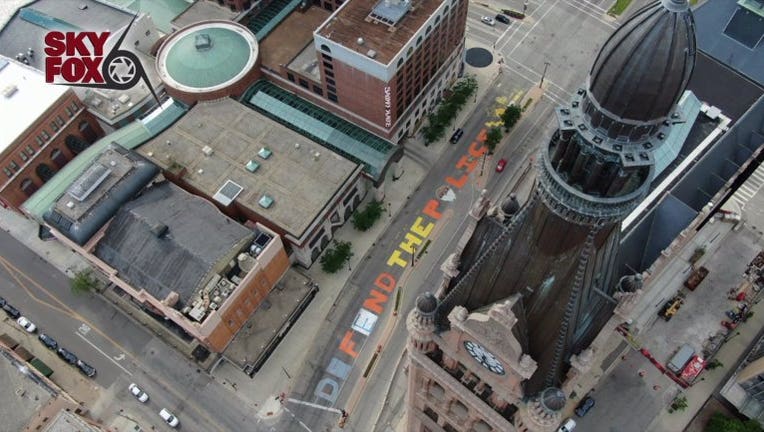 MILWAUKEE - A "Defund the Police" mural outside Milwaukee's City Hall was painted over by an anonymous group in an effort to show support for law enforcement but changed back to its original message Friday, according to media reports. 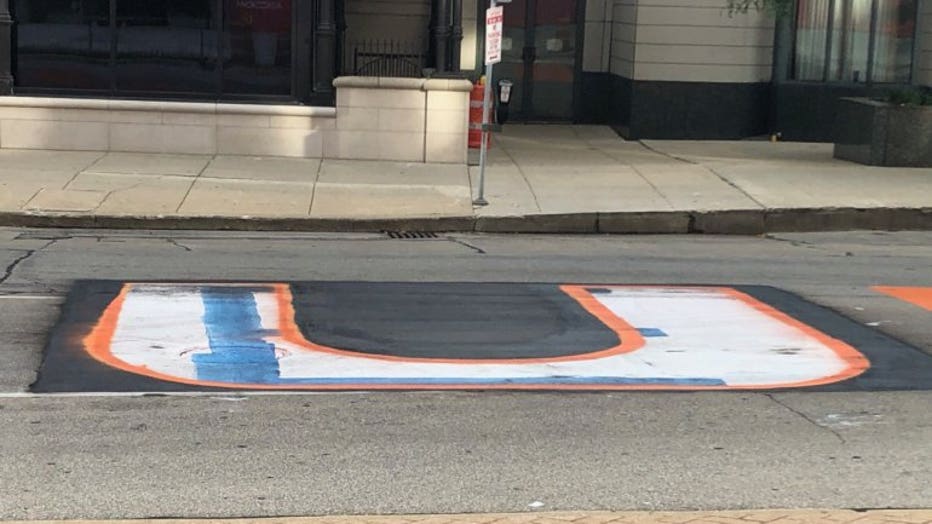 The mural was painted Wednesday to support the nationwide movement to divert funds from police departments toward schools and youth programs. It was later tampered with to spell out "Defend the Police," with the "D" painted blue, the first "E" covered, and the "U" changed to an "E," Urban Milwaukee reported.

Around 30 activists painted the original mural without permits or permission from the city. On Friday, Fox News affiliate WITI-TV spotted a paint job to fix the mural underway.

The change to the original phrase came after former Alderman Robert Donovan criticized the mural via social media Wednesday night.

"Fixed it for you, folks!" he wrote, accompanied by a photo showing the original phrase crossed out with a blue line.

Donovan advocated for increasing funding for the city's police department and protecting officers during his 20 years on Milwaukee's Common Council, according to Urban Milwaukee.

“People keep asking us, what does defund mean? It doesn’t mean abolish,” said Jeremy Wilbur, leader of the group that painted the "Defund the Police" mural, in a Facebook Live video.

The "Defund the Police" movement caught on following the death of George Floyd while in Minneapolis police custody and the subsequent nationwide protests against police brutality and racial injustice.

"Let’s make this clear for them," Wilbur said. "We don’t hate cops."