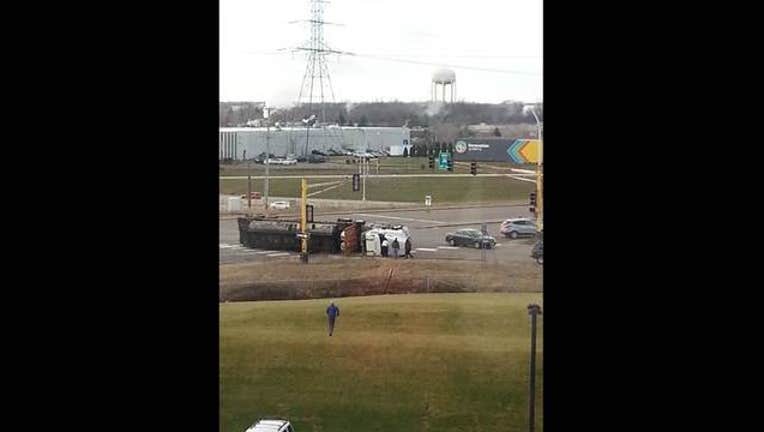 PLYMOUTH, Minn. (KMSP) - Dr. Robert Cure just lost his son Joe in a car accident in Montana. The Cure family is from Bloomington, Minn., and 31-year-old Joe, a star hockey player, stumbled upon the role of lifetime after auditioning for the movie “Miracle,” based on Team USA’s victory over the Russians before winning the 1980 Winter Olympics.

READ THIS NEXT - 'Miracle' actor killed in Montana rollover

While a Joe's death was a devastating loss for the family, this particular story is about Dr. Cure, and how he sprang into action on Wednesday to aid victims in a rollover he saw outside his office window.

An Allina spokesperson said as Dr. Cure was working with his patients and staff, he saw a rollover outside his window. He quickly grabbed his jacket and ran outside to help, scaling a fence to administer aid to the victims.

“There is no doubt in my mind that Dr. Cure was thinking of his son while running to aid the victims of this roll over.  He is an amazing role model for all of our staff and has shown amazing strength in the face of what most would consider an unbearable loss.  Today Dr. Cure truly lived up to his name,” business services supervisor Brenda Saxton wrote in an email.

His son Joe was killed in early November. He was a member of the 2002 Academy of Holy Angels team that won the Class AA state hockey tournament. He went on to play junior hockey in Belton, Texas, and auditioned for “Miracle” with no acting experience.