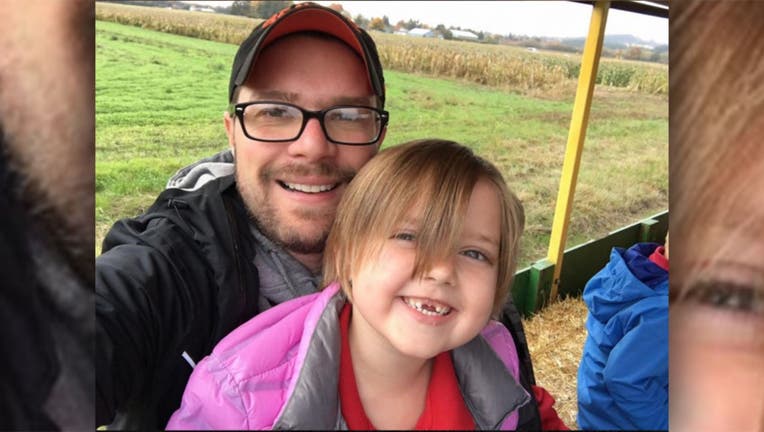 ( Facebook/No Idea What I Am Doing: A Daddy Blog )

OREGON - A dad in Oregon is urging his fellow parents to thank their children’s teachers after chaperoning his daughter’s field trip — and earning entirely new respect for the profession.

“I haven’t had a drink in 16 years, but I wanted a drink today. I wanted one real bad,” wrote Clint Edwards on Facebook, after returning from a trip to the pumpkin patch with his 5-year-old daughter’s kindergarten class.

“This trip left me with an incredible respect for people who work with young children all day. I only had five in my group, and they listened about as good as goldfishes,” he continued in his Facebook post. “The whole time I was afraid I’d lose one in the cornfield, they’d never be found, and ultimately end up as the premise for a Stephen King novel.”

As Edwards explained, it wasn’t so much his own daughter that he minded, but rather the job of watching five kids — all his daughter’s age — while trying to maintain some semblance of control.

On the flip side, he said his daughter’s teacher appeared to have a great handle on the situation, specifically when it came to the task of successfully instructing a class full of 5-year-olds to swap out their muddy shoes — twice — to avoid tracking dirt on the bus.

“I’m pretty sure if she listed this act on her resume, she’d be as respected as any military general,” wrote Edwards, before likening her command of the situation to be “on par with Batman.”

Edwards, a dad of three who also runs the parenting blog “No Idea What I’m Doing: A Daddy Blog,” then urged anyone reading to show more appreciation to their kids’ teachers.

“If you are a teacher reading this, give yourself a huge pat on the back. You are incredible. And if you know a teacher, give them a huge thank you.”

He continued to heap praise on educators in the comments section, after several teachers reached out to thank him for his kind words.

“You are very welcome and thank you for loving our children,” he told one preschool teacher.

Oh, and after the trip, Edwards conceded he tried to recuperate the best way he could manage.

“Between the mud at the pumpkin patch, and the smell on the bus that I couldn’t quite identify, but was probably a virus, and that one wild little boy that is either destined to be a groundbreaking artist or an inmate, I ended the afternoon with a long hot soak in the bath, TOO many cookies, and a handful of Tylenol,” Edwards wrote.

Edwards also made headlines back in 2017 for his viral post about teaching his daughter a lesson after she acted up in a restaurant.