Barron, 34, joined the astronaut corps in 2017. She is serving as a mission specialist for the flight and the Crew-3 mission will mark her first spaceflight.

"We are really excited to hit the deck here at Kennedy Space Center. I think for all of us, especially the rookies here, it feels really surreal like we can't believe we are going to space," Barron said.

RELATED: SpaceX Crew-3 launch is just days away: What to know

Chari, 44, is one of NASA's newest group of astronauts, joining the astronaut corps in 2017. He is the Crew-3 mission commander, marking the first time a rookie commercial crew astronaut was named to the position. 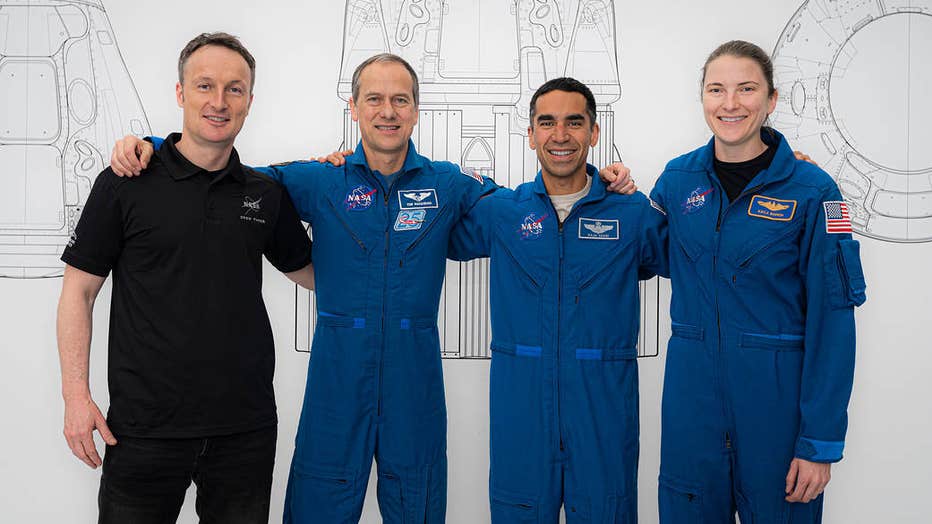 "This is the style, in the air force we call stepping off the jet. You are done with the briefing, done with the training and now you are actually stepping out to the aircraft and in this case the spacecraft and putting feet and boots on the ground at the place where the vehicle is at," Chari said.

Marshburn, 61, is a physician. He is the only veteran astronaut in the crew, serving as their mission pilot.

Maurer, 51, is a German astronaut with the European Space Agency. He joined Europe's astronaut corps in 2017.

"I am very excited. My crewmates are outstanding and I am really looking forward to having a great time in space," Maurer said.

All four will ride a SpaceX Dragon capsule to the International Space Station, where they will spend about six months.