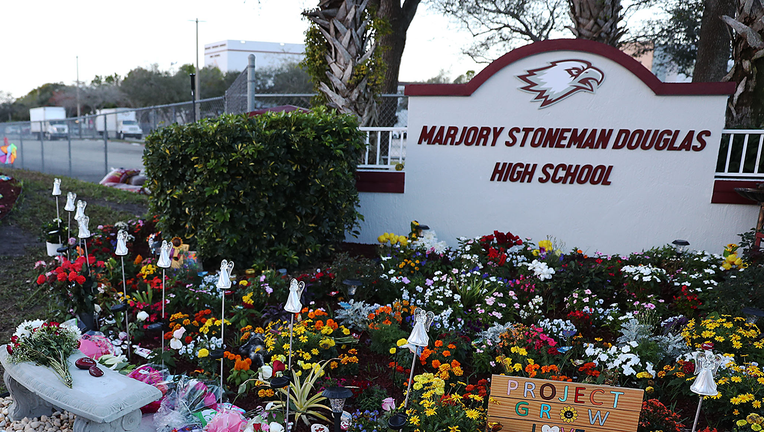 PARKLAND, Fla. - Parents who sued a school district after their children died in a mass shooting at a Florida high school are being asked to turn over their psychiatric records to prove they have suffered mental anguish.

The Broward County school district’s demand, which is contained in documents filed in lawsuits blaming the district for failing to identify and stop the threat posed by the suspected gunman, has the victims’ families enraged, the South Florida SunSentinel reported.

In formal court responses, School Board member Lori Alhadeff — whose daughter Alyssa was among the 17 killed on Feb. 14, 2018, called the demand “harassing, burdensome” and an invasion of privacy. She was elected to the school board after the shooting.

Seventeen people were also injured in the shooting.

Alhadeff’s lawyer, Rober Kelley, told the newspaper that in most civil cases, plaintiffs prove their pain and suffering with testimony, along with testimony from friends and loved ones. He said it’s rare to ask for mental records to prove heartbreak.

“I don’t think anyone is going to dispute that these families have suffered mental anguish,” Kelley said.

In an Oct. 1 response, the district said it “recognizes the sensitive nature of these records,” but insists they are necessary in a claim involving mental pain and suffering.

It is one of about 75 questions asked of victims in a template that also includes demands for evidence of funeral expenses, accounts of every media interview victims have done and tax returns to show lost income.

Broward Circuit Judge Patti Englander Henning will consider what the victims will be forced to answer during a hearing on Thursday.

“Providing proof of loss, while absolutely necessary in any wrongful death case, is like ripping open the scab again and again and again. It hurts,” said attorney David Brill, who represents three sets of parents and a surviving student.

Relatives of the dead are asked to “identify any permanent mental injuries” they are claiming, and whether in the 10 years prior to the massacre they ever sought psychiatric treatment and why.

The filing also asks for the slain victims’ cellphone numbers, copies of death certificates and the names and business addresses of the health providers who provided care in the five years prior to the mass shooting incident.

School Board lawyer Eugene Pettis said that while the school board recognizes the sensitivity of the issue, the district has a legal duty to make sure the claims are proven by a professional standard, not just through testimony of family and friends.

“If there are claims, you get the records to support those claims,” Pettis said. “It’s happened in every such case I’ve tried.”

The court consolidated dozens of lawsuits stemming from the shooting that were filed against the school district, the Broward County Sheriff’s Office and others, and set an orderly way for each side to obtain evidence. That led to the exhaustive questionnaire, the newspaper reported.

The victims already have a steep hurdle to overcome. The Florida Supreme Court last month ruled that, for liability purposes, the tragedy is considered one event in the eyes of the law. That caps the school district’s damages at $300,000 total.

If a jury awards more, the victims will have to ask the state Legislature to pass a bill to pay out more than the insurance policy allows.