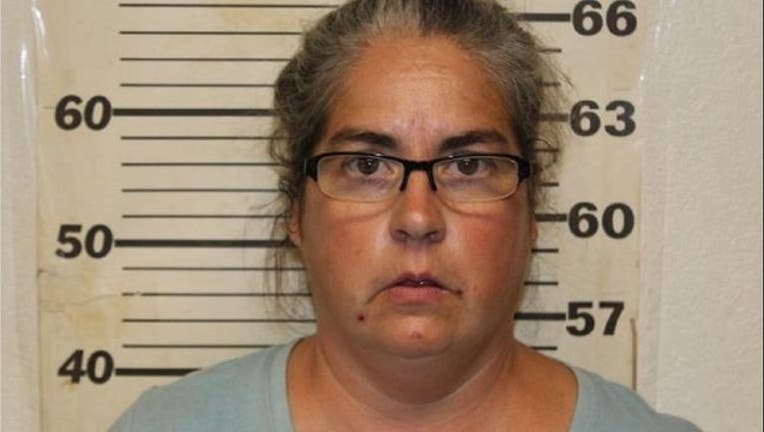 KANSAS CITY, Mo. (AP) - A couple who operated an animal rescue face multiple charges after authorities found about 150 dead dogs on property in Missouri and Texas and rescued hundreds more animals who were packed into cages and living in "unimaginable" conditions, law enforcement said.

Tiffany and Steven Woodington operated All Accounted For, which brought animals from Texas to Missouri, the Benton County, Missouri, Sheriff's Office said in a Facebook post Monday. Authorities said they found nearly 300 animals living at the operations in Texas and Missouri, but that many of the animals would have to be euthanized because of poor health.

All three are free on bond. No attorney is listed for Tiffany Woodington in online court records and she doesn't have a listed number. Paul Fourt Jr., the attorney for her husband, said Tuesday he needed speak with his client before commenting on the accusations.

Cameron County, Texas, Sheriff Omar Lucio said Tuesday that authorities discovered about 270 animals - about two dozen of them dead - on property in the small community of Los Fresnos, which is north of Brownsville in the far southern part of the state. They were found Sept. 9 after authorities received complaints from neighbors about barking dogs, according to Lucio and Cameron County prosecutor Edward Sandoval. Deputies found many of the dogs covered in feces and urine, with two or three of them packed together in each cage.

"This is the worst case of animal abuse I've ever seen," said Lucio, who's been in law enforcement for more than 50 years. "The multitude? It's staggering, it's staggering to the imagination."

The Benton County Sheriff's Office said Steven Woodington was transporting the animals to Cole Camp, Missouri, which is about 90 miles southeast of Kansas City. Law enforcement went to a property there, where Tiffany Woodington led them to an old school bus, a barn and a house. The Benton County Sheriff's Office said it found more than 120 dead dogs and a dead cat in "various stages of decay, some were just bones" on Sept. 12. Authorities also found 38 dogs and one cat "alive but in unimaginable conditions."

Jeane Jae, a spokeswoman for the Humane Society of Missouri, said the surviving animals, who are in its care, were matted and skinny.

"It is going to take a long time to rehabilitate these animals," she said.

Benton County Sheriff Eric Knox said he had heard "not a word" about problems before the dead animals were found, even though the nearest neighbor lived about 500 feet away.

"It really surprises me that no one in the community said, 'You better check that lady out.' And the smell, as soon as I drove up, I could smell it," he said. "I am a dog lover, and I struggle with it."

Those interested in donating to the Humne Society of Missouri can do so here.