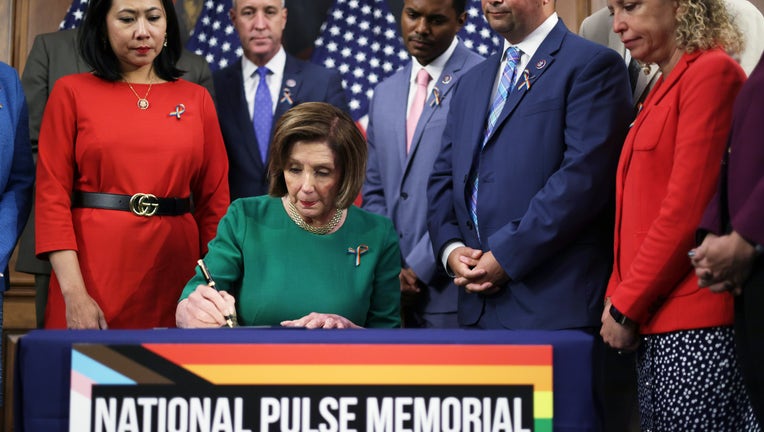 House Speaker Nancy Pelosi called for stronger gun safety measures Wednesday as she marked Congress’ passage of legislation designating the site of the deadliest attack on the LGBTQ community in American history as a national memorial.

The bill creates the National Pulse Memorial at the site of the Pulse Nightclub in Orlando, Florida. Five years ago, a gunman killed 49 people and wounded 53 others there.

The Senate voted final congressional approval of the bill last week and President Joe Biden is expected to sign it soon. The site will not be part of the National Park System and the measure forbids federal money from being spent on it.

Pelosi formally signed the bill, a routine procedural step before sending legislation to the White House. That created an opportunity for a photo op with Florida and LGBTQ lawmakers.

Citing background check and other gun measures that have long failed to clear the Senate, Pelosi, D-Calif., said, "It’s really important for survivors to know we are not going away until the job is done."