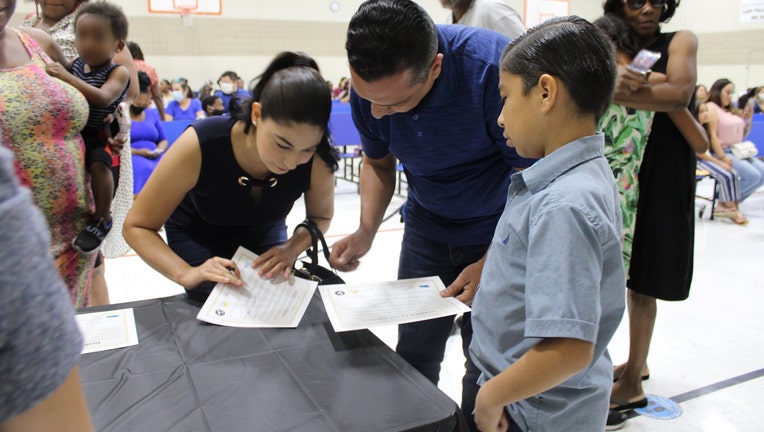 PHOENIX - Students at one Phoenix elementary school district will now have a scholarship to college, thanks to a local foundation.

According to the Facebook page of Roosevelt School District, officials with the Rosztoczy Foundation have announced that they will give all third-grade students at Bernard Black Elementary School a scholarship to college.

"We are thrilled and excited for our students and their families," read a portion of the post.

In an e-mail statement we obtained, the scholarships given to the third graders are called "College Promise Scholarships."

According to the Roosevelt School District's website, they serve more than 8,000 students. On the website of the National Center for Education Statistics, it is noted that 28.5% of students in the district are with families that have income below the poverty level, and around 30% of them are on food stamps.

Foundation has awarded scholarships to other third-graders in the past

According to its website, the Rosztoczy Foundation offers scholarships to students in Arizona, as well as students from Hungary to come to the U.S. to study at a university or research institute for one year.

To actually get the scholarship offered in 2012, students must have demonstrated financial need, such as qualifying for the free and reduced lunch program at school, in their senior year of high school, as well as maximize other scholarship opportunities. In addition, students will need to graduate from Michael Anderson School, as well as a school in the Agua Fria Union High School District. They will need to remain a member of their particular graduating class through graduation, and they need to maintain a 2.0 GPA while in college.

The class that received the scholarship in 2012 would have reached their senior year in high school by 2021.