ORLANDO, Fla. - Looks like there's going to be a huge change in the national weather pattern heading into the 3rd week of January.

The northern storm track is highly active right now and all the pieces are in place to allow that track to take a dip into the southern U.S. This will form a weather highway of sorts, allowing some substantial chill to freight train southbound toward Florida. 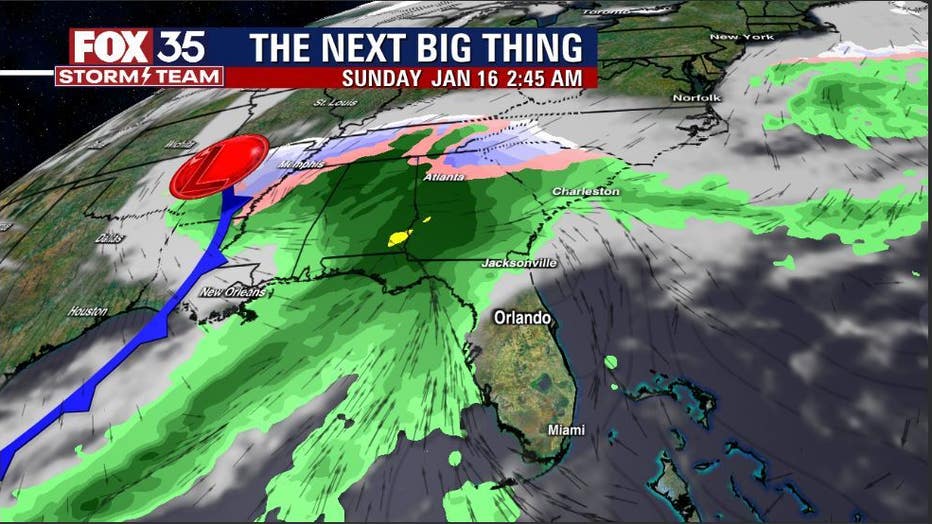 "It's going to be quite a change weather-wise for our viewing area," says FOX 35 Storm Team Chief Meteorologist Jayme King. "The incoming temp change early next week has direct ties to the Arctic. This means the cold blast will feature the lowest temperatures of the season so far."

All the elements are still coming together and by this weekend, the system will be closing in on the southeast states. Areas of the deep south could see quite a bit of snow on the northern edge of the front. Areas to the south endure a decent rainfall. 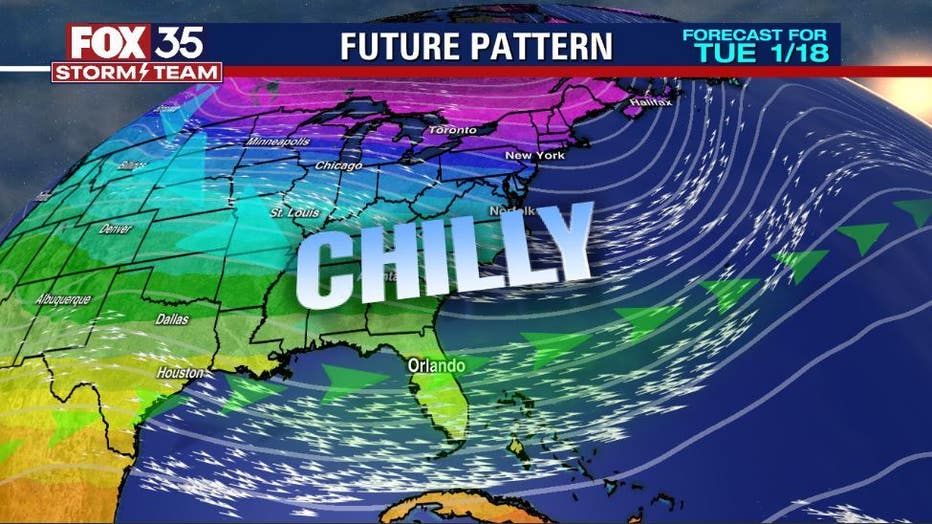 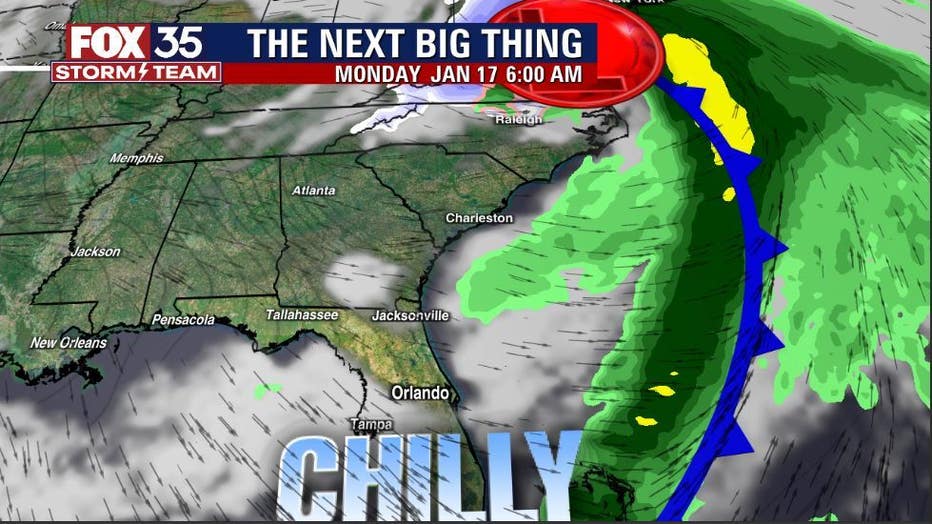 Sunday morning forecast models have the front in the western Florida Panhandle early Sunday morning. The front then advances eastward and into the Florida Peninsula Sunday afternoon.

A few strong storms could be at play during this time and the FOX 35 Storm Team will be tracking it all for you. 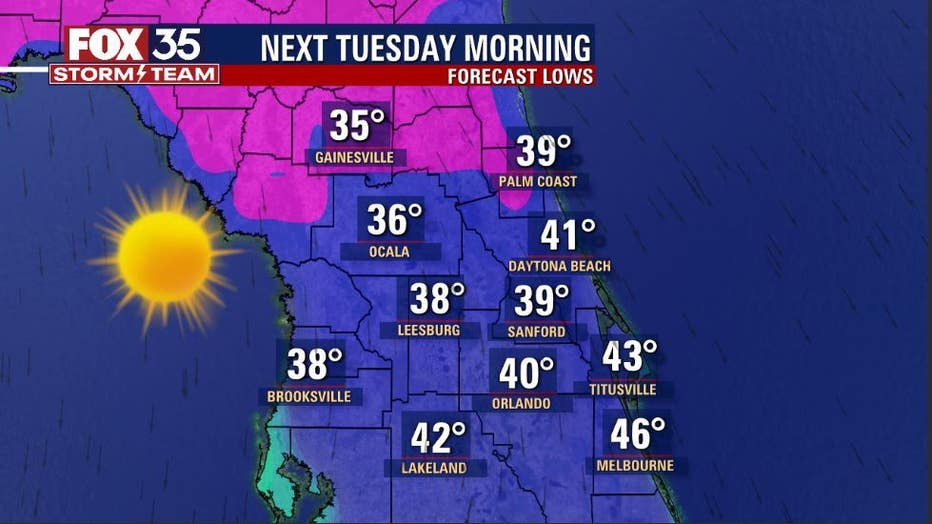 Late Sunday into Monday morning, the front will be out in the Atlantic and it's during this time that we see cold air funneling in on a gusty north wind. It appears that the coldest temperatures will arrive by Tuesday morning next week. Many areas near Orlando will hover in the upper 30s to right at 40. Northern Florida could see a light freeze.

Details are slowly coming together so remember to trust and depend on the FOX 35 Storm Team for all of the latest information as we draw closer to this chilly weather event!