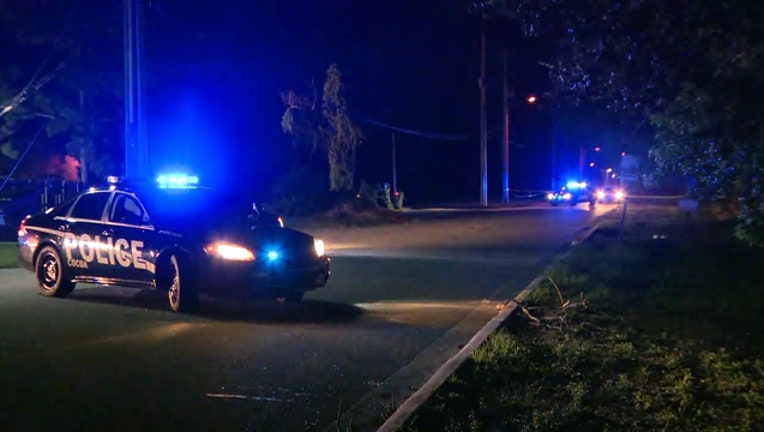 COCOA, Fla. (FOX 35 ORLANDO) - Cocoa police are investigating after a man was shot in the face on Monday night.

Officers put up yellow tape and looked for evidence on the scene, just off Dixon Blvd.  Police say the victim was transported by helicopter to a hospital in stable condition. They say he was alert and talking.

Two men were seeing fleeing. Investigators are still trying to track down the shooter or shooters.  What led up to the shooting is still unclear. The case is active and ongoing.