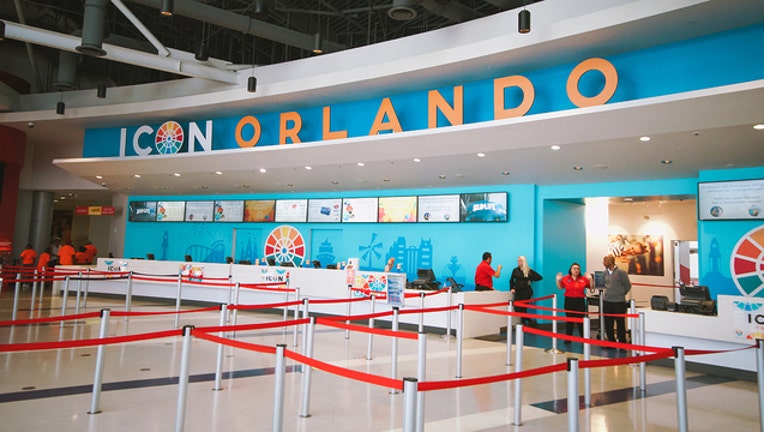 The 400-foot observation wheel, located at I-Drive 360 in Orlando, unveiled a new name on Wednesday.

IDL Parent LLC, owners of the I-Drive 360 entertainment complex, says what has been previously called the Coca-Cola Orlando Eye has been rebranded as ICON Orlando.

“Since opening three years ago, the observation wheel has become an instantly recognizable part of the Central Florida landscape and a catalyst for growth along the I-Drive corridor,” said Cindy Campbell-Taylor, a spokesperson at ICON Orlando 360.  “As such, the new ICON Orlando name makes perfect sense as we introduce some key changes and position this iconic structure for the future.”

According to Campbell-Taylor, the new ICON Orlando 360 will be adding several new “ICONic” experiences in the coming months, including:

Other changes on the horizon at ICON Orlando 360 include the new high-tech Justice League: A Call for Heroes experience at Madame Tussauds Orlando, opening May 25, and the Orlando StarFlyer, a massive swing ride that will give extreme thrill seekers one-of-a-kind, open-air views from 425 feet above the ground, opening June 1.