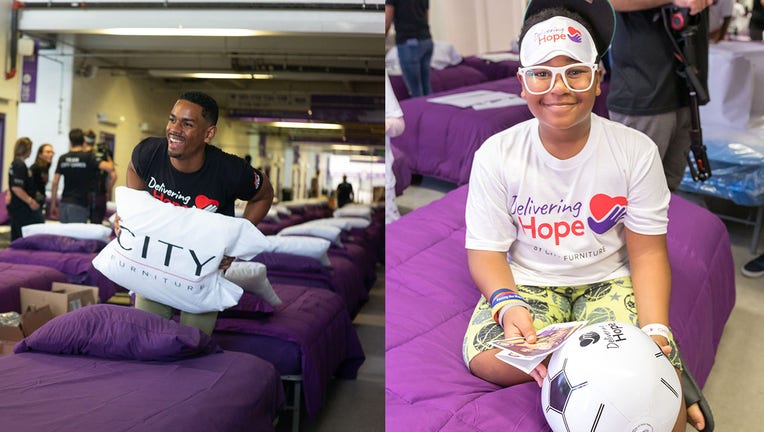 ORLANDO, Fla. - Treating 100 underprivileged children to a lasting gift of more comfortable sleep, City Furniture teamed up with Orlando City Soccer Club to surprise the youngsters with new twin-size beds and bedding at the first ever Delivering Hope Pajama Party on Oct. 4 at Exploria Stadium in Orlando.

“This was a great launch for the Delivering Hope program, bringing the kids an evening to remember at Exploria Stadium and the ongoing health benefits of supportive, restful sleep,” said City Furniture President Andrew Koenig. “As our partnership with Orlando City Soccer Club continues growing, the Delivering Hope Pajama Party is already one of our favorite traditions.”

Within the stadium, the children enjoyed dinner before burning some energy with activities including a tour of Exploria Stadium, an arts and crafts station and music by a DJ. Upon arrival, all attendees were also signed to a one-day contract with the Club. Orlando City and Pride players joining in the fun and signing autographs included City goalkeeper Greg Ranjitsingh and Pride forward Abby Elinsky, plus team mascot Kingston.

The rows of beds, each decorated with a purple comforter, were hidden and when revealed, the children rushed to find their new beds. The next day, City Furniture delivered the beds to the children’s homes. 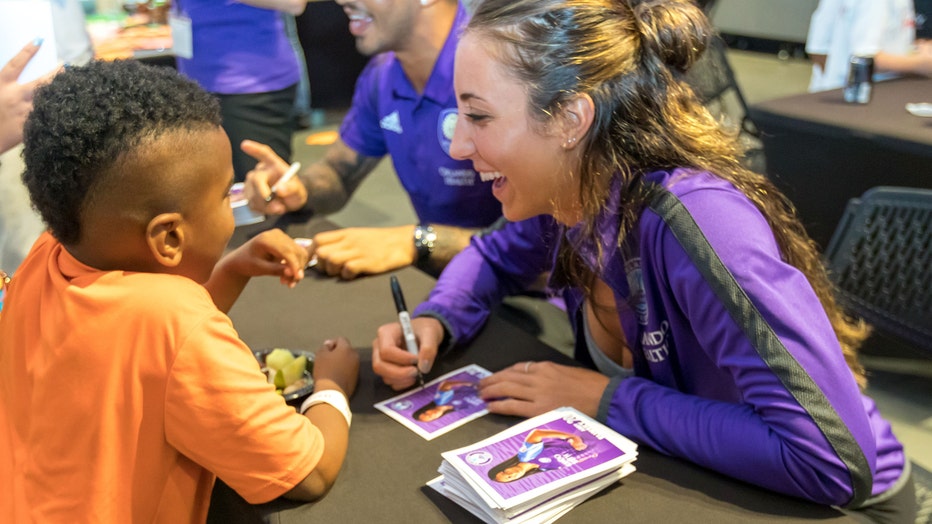 “It’s an honor for the Club to be able to utilize our partnership with City Furniture for such an incredible event, that will provide life-changing resources to so many children from Orlando,” Orlando City CEO Alex Leitao said. “We look forward to making this an annual event so we can continue to create a positive impact on our local community for years to come.” 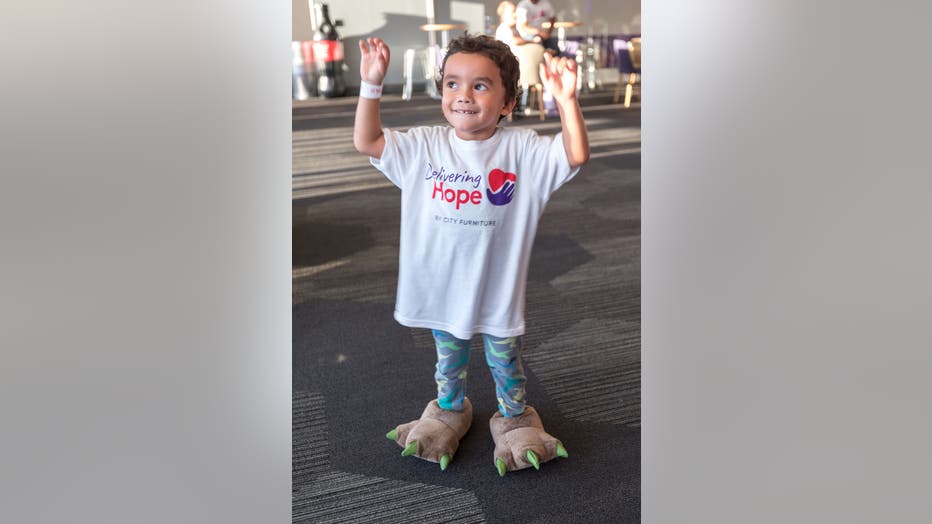 Delivering Hope is the latest initiative in City Furniture’s 5% Giving Pledge, through which the retailer donates a minimum of five percent of annual profits to a host of charities throughout Florida. A long-time community steward in the areas it serves, City Furniture announced a $1 million donation for Covenant House of Florida in 2018, benefiting homeless and at-risk youth in Central and South Florida.

City Furniture operates 19 showrooms from Miami through Vero Beach, and in Fort Myers, Naples, The Villages and Orlando, as well as 12 Ashley Furniture showrooms as that brand’s Southeast and Southwest Florida licensee. For information visit www.cityfurniture.com.