LOS ANGELES - The devastation to businesses due to widespread coronavirus lockdowns across the U.S. has prompted many restaurants to rely on delivery and take-out services, and children’s pizza purveyor Chuck E. Cheese is apparently no exception.

One Philadelphia resident who believed they were supporting a local business by ordering food on Grubhub from what appeared to be a neighborhood pizza shop called Pasqually's Pizza & Wings was a little suspicious when their food actually arrived.

It turns out, the food they received had actually come from Chuck E. Cheese.

The customer posted a screenshot of a text exchange with their Grubhub driver, explaining that the food was, in fact, not from a small business.

"Also, just curious... was this food from Chuck E. Cheese?" the customer texted their driver after their food was delivered.

"There was the Chuck E Cheese store but the windows had the wing restaurant on them??? I was curious too!" the driver replied.

Tried to support local business via Grubhub tonight... Pasquallys pizza and wings ended up being an alias for Chuck E Cheese. Well played from r/philadelphia

It turns out that Chuck E. Cheese using an alias to sell food exclusively through delivery apps is a common practice, as one Reddit user claiming to work for Gruhub claimed in a comment on the post.

“I work for Grubhub, it’s what we call a virtual kitchen, usually used for places that want to try to have a different concept to create more income but its delivery only,” said Reddit user jasonmgaydos.

Last month, Food & Wine Magazine reported that Chuck E. Cheese’s parent company CEC Entertainment, Inc, had created an alias for its popular arcade-themed pizza chain in an attempt to secure a foothold in the ever-growing economy of food delivery apps. 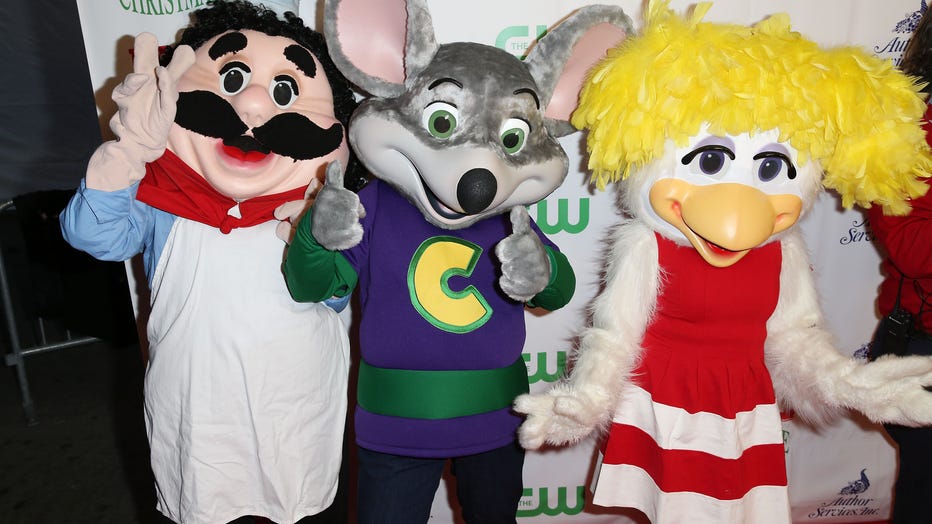 Philadelphia is not the only location in which Chuck E. Cheese offers to-go pizza from “Pasqually’s.”

A Chuck E. Cheese location near Los Angeles and a Pasqually’s Pizza & Wings offered on Grubhub has the same address.

One example of this is Los Pollos Hermanos, the fictional fried chicken restaurant chain from the popular AMC drama “Breaking Bad,” which is offered on Postmates and Uber Eats.

Applebee’s Neighborhood Grill has also been selling wings exclusively for delivery on Grubhub under the brand name Neighborhood Wings.

"At Applebee's restaurants, wings are a top-selling menu item," Scott Gladstone, vice president of Applebee's strategy and development told Fox News. "We rolled out the launch of Neighborhood Wings by Applebee’s over the past 4-6 weeks on GrubHub, and it’s available in nearly 750 restaurants nationwide."