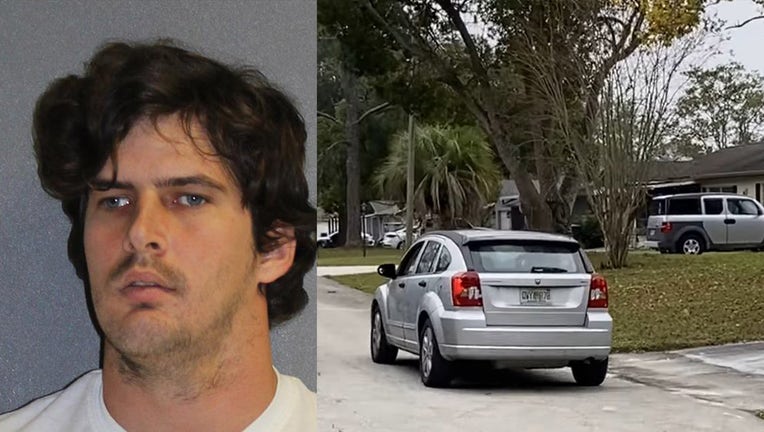 DEBARY, Fla. - Deputies say a man who tried to kidnap a 16-year-old girl in 2017 was recently accused of stalking a woman who was out running – and there could be more victims.

Jonathan Buchanan, 31, was arrested during a traffic stop on a criminal traffic violation and violation of probation charge. According to deputies, the arrest followed a report received Monday from a 25-year-old female victim who told deputies that a man followed her in his car while she was out jogging in DeBary.

The victim told deputies that she was running around 7:30 a.m. in the area of Community Drive and South Shell Road when a silver Dodge Caliber passed her twice, including once very closely from behind, on the wrong side of the road. The driver reportedly passed her two more times and followed her until she ran to some construction workers for help.

The woman got video of the suspect's tag which came back to Buchanan.  His registered address is reportedly in South Daytona, but has been living in DeBary without updating his address, a violation of his probation.

"Buchanan was previously arrested in 2017 and later convicted in the attempted kidnapping of a 16-year-old girl on the way to her bus stop in Ponce Inlet," deputies said. "In that case, Buchanan got out of his vehicle, approached the victim, tried to start a conversation with her and then put his hand over her mouth and tried to force her into his vehicle. She bit him and escaped, and Buchanan fled, but Ponce Inlet police later found him in his vehicle with his pants unbuttoned and a stuffed animal in the front seat."

Detectives are asking additional victims or witnesses to come forward. Anyone with information is asked to contact Sgt. Ryan Mills 386-668-3830.