The suspects told deputies that they broke into the school to find a lost cellphone, but according to an arrest report, they were trying to make off with a lot more than just a cellphone.

DELTONA, Fla. - Caught on Camera: A deputy busting a man and a teenager for breaking into a local high school.

They told deputies that they broke into the school to find a lost cellphone, but according to an arrest report, they were trying to make off with a lot more than just a cellphone.

Bodycam shows the moment one man and a teenager were caught in the act after deputies say they broke into Pine Ridge High School, setting off an alarm Friday in the middle of the night.

"Hey, stop! You’ve been caught. You’re going to get tased."

Nicholas Dawson was hopeful at first that he would get off easy. 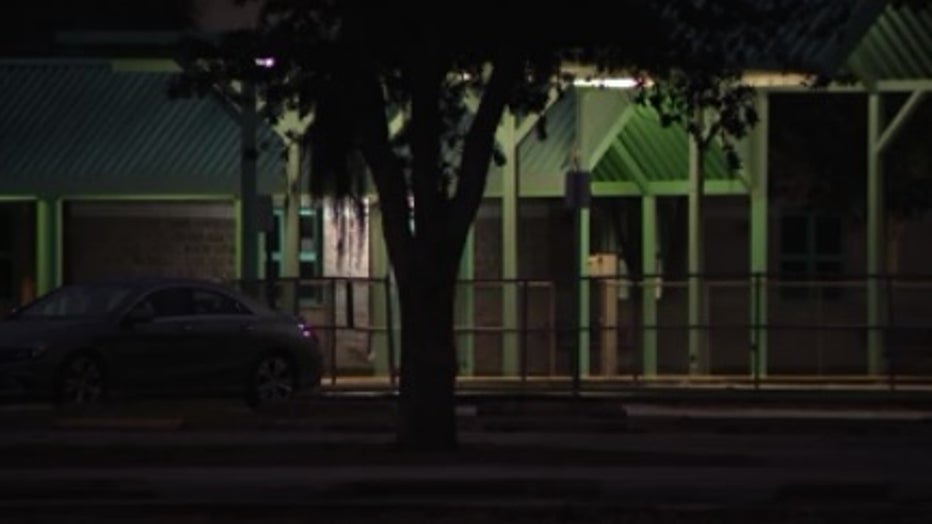 "Where do ya’ll live at?" the deputy asked him.

"You taking me home?" Dawson asked.

According to the incident report, Dawson and a 15-year-old told deputies they broke into the school for one thing and one thing only: A lost cellphone."

"I dropped my phone here, dude."

But according to the report, the 15-year-old brought a knife, using it to break into eight classrooms.

Deputies say both of them stole shirts, Sharpies, soda and food, Nike cleats and a first aid kit.

According to the report, they wore the gloves from the first aid kit as they searched the building.

"Where are you going? You’re going to jail."

Both were charged with armed burglary and resisting arrest.

The report doesn't say if they ever found that phone, but it doesn't sound like they did.

"It’s a Samsung. It’s a black one. It has glass on… You guys happen to see it on the way here?" Dawson asked.

"Uh, no. I was too busy chasing you," the deputy responded.