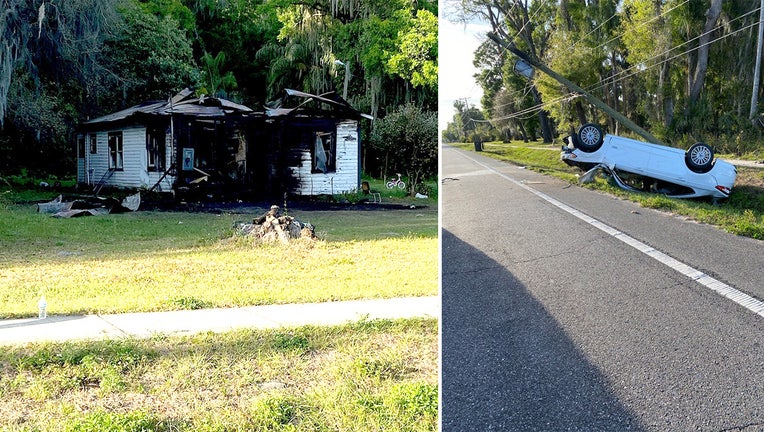 PLANT CITY, Fla. - The Florida Highway Patrol said a Clearwater man with a suspended license crashed a vehicle and sparked a fire that destroyed a home over the weekend.

Troopers said the 31-year-old driver was heading eastbound on Highway 92 approaching Branch Forbes Road when he lost control and crossed into westbound traffic on Saturday. The car then collided with a tree, hit a wooden utility pole, and overturned in a ditch.

After being hit, the utility pole fell over, pulling power wires from a nearby house that was unoccupied. The sparking wires ignited the house, located at 5642 U.S. 92. A nearby pickup truck also was damaged, troopers added.

The driver, who had serious injuries, was cited for careless driving and driving while his license was suspended. His passenger, a 31-year-old woman had minor injuries. 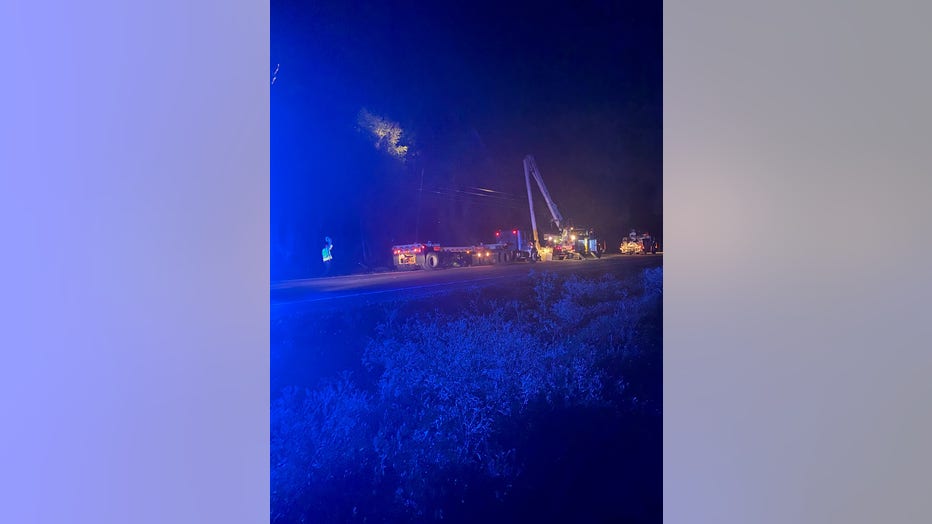