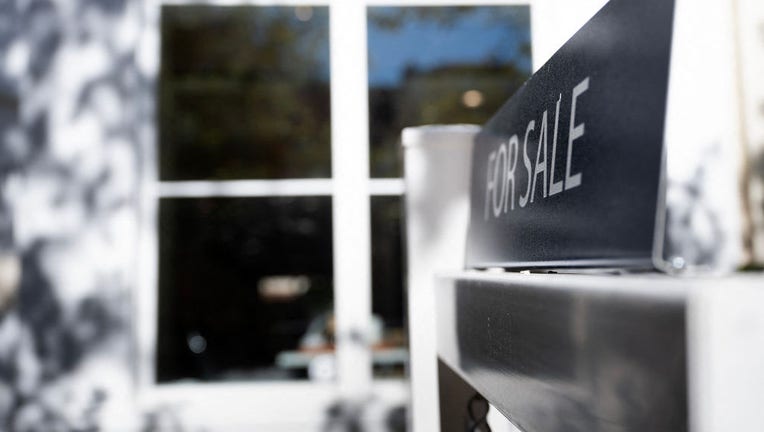 FILE - A residential real estate for sale sign is seen as inflation and interest rates increase on Oct. 27, 2022, in Washington, DC. (Photo by BRENDAN SMIALOWSKI/AFP via Getty Images)

A California man was sentenced to nine years in federal prison for his involvement in a $6 million real estate scam where houses were listed without homeowners' consent and money was collected from prospective buyers.

Adolfo Schoneke, 45, was sentenced on Oct. 24 after pleading guilty in May to one count of conspiracy to commit wire fraud. His sister and a co-conspirator, 39-year-old Bianca Gonzalez, pleaded guilty to the same charge in April and is scheduled to be sentenced in May 2023.

Schoneke, his sister and their co-conspirators operated real estate and escrow companies based in Cerritos, La Palma and Long Beach under several names, including MCR and West Coast Realty Services. They found properties to list for sale despite having no intention to sell and many of the properties were not for sale.

The properties were listed on real estate websites and marketed as short-sale opportunities at below-market prices. Some homes were marketed through open houses arranged by tricking homeowners into allowing their homes to be used.

"The fraud scheme [Schoneke] invented, proposed to his co-conspirators, and carried out involved uniquely devious means designed to steal money from as many victims as possible," a sentencing memorandum filed by prosecutors read. "Playing on the dream of homeownership and seemingly out of reach home prices, [Schoneke] figured out a way to ‘sell’ homes that he did not own and had no business in listing for sale."

Victims were led to believe their offer on a home was the only one accepted, even though multiple offers for homes that were not actually for sale were accepted.

The co-conspirators strung victims along, for years in some cases, by claiming that closings were delayed due to lenders needing to approve the purported short sales.

How high interest rates are impacting the housing market

The feds announced another aggressive rate hike — the third consecutive increase of three-quarters of a percentage point and the sixth rate hike this year alone. Lawrence Yun, chief economist with the National Association of Realtors, discusses its impact on the housing market.

Bank accounts were opened by office workers to hide the co-conspirators’ involvement in the fraud. The accounts were used to receive down payments on the homes and other payments from victims who were convinced to transfer the full "purchase price" after receiving forged short sale approval letters.

The office workers were directed by the co-conspirators to withdraw large amounts of money from these accounts, making it difficult to trace the proceeds.

As part of the scheme, Schoneke and his co-conspirators collected more than $11.7 million from about 750 victims, according to the sentencing memo. Some victims were reimbursed, but the scheme caused more than $6 million in losses to nearly 400 victims.

A restitution hearing is scheduled for Dec. 12, according to the U.S. Attorney's office.

Co-conspirator Mario Gonzalez, 50, pleaded guilty in a related case in January 2019 to conspiracy to commit wire fraud and is scheduled to be sentenced on April 3, 2023. He has no relation to Bianca Gonzalez.