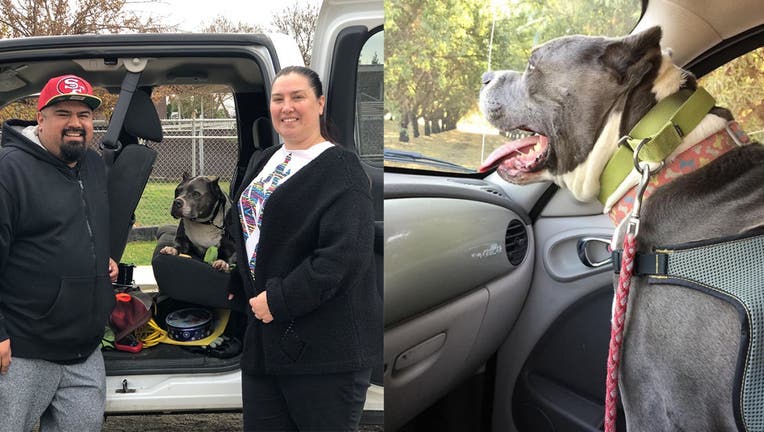 Seamus, a 9-year-old pit bull-bully mix, was adopted over the weekend and will have a warm home with his fur-ever family for Christmas. (Fresno Bully Rescue)

FRESNO, Calif. - A pit bull mix who has spent more than half his life in a California shelter was adopted over the weekend — just in time for Christmas.

Seamus, a 9-year-old dog, has spent the last 5.5 years of his life — more than 2,000 days — with the Fresno Bully Rescue, an organization that aims to help bully breeds, like bulldogs, pit bulls and boxers, get adopted.

After waiting so long for the right fur-ever home, Seamus finally found his family. The rescue posted on Facebook Sunday that the senior pooch has "a home for the holidays."

Seamus' family appears to already be making their new furry friend Instagram famous with his own account under the handle @seamus_the_bully. Photos posted online show Seamus hanging by the Christmas tree, getting head scratches, going for drives and laying in a big, cozy bed. 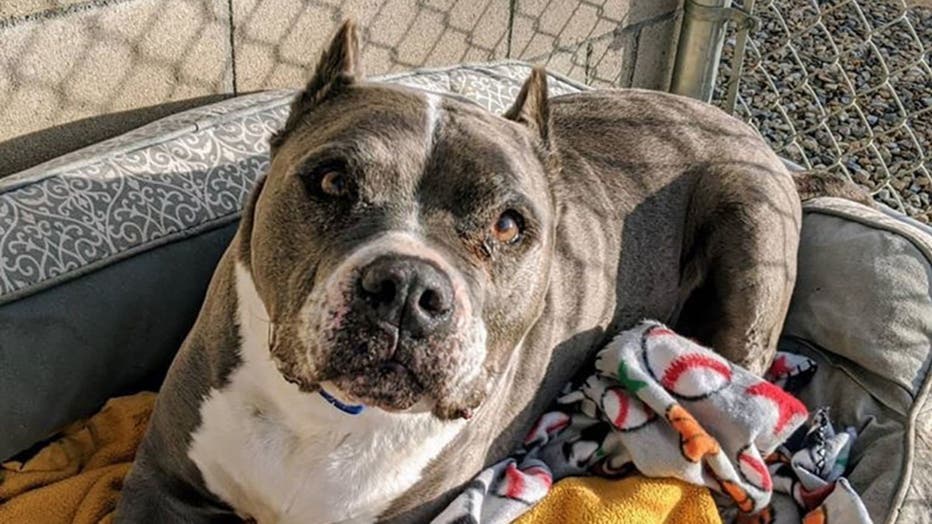 Seamus spent 5.5 years — more than half of his life — in the shelter before he was adopted, animal rescuers said. (Fresno Bully Rescue)

"Seamus is famous this dog has so much love from everyone I am [glad] me and my girlfriend got to adopt him we love that old man and has a forever home now," one post from the dog's owner read.

Bully breed dogs like Seamus "are the first to be euthanized if no one adopts or rescues them," according to the Fresno rescue's website. The animal rescuers said that their work in the Central Valley area of California is "critical" to help save pit bull-mixes, as more than 1 million of them are euthanized in the U.S. each year.

The rescue says that since opening in May 2008, they've rescued over 2,500 dogs and house more than 40 dogs — from "abusive homes and county shelters where they were designated to be euthanized" — at their no-kill shelter at any given time.