People who react to noose investigation

NASCAR fans in Daytona Beach are reacting to word that a noose was discovered inside Bubba Wallace's garage stall in Talladega.

DAYTONA BEACH, Fla. - NASCAR fans are showering driver Bubba Wallace with support after an incident Sunday at the Talladega Superspeedway in Alabama.

Wallace announced on social media a noose was found in his garage stall.

People on social media showed solidarity for the driver with the hashtag #IstandwithBubba.

He named off his favorite drivers.

“Austin Dylan is a good one,” he said. 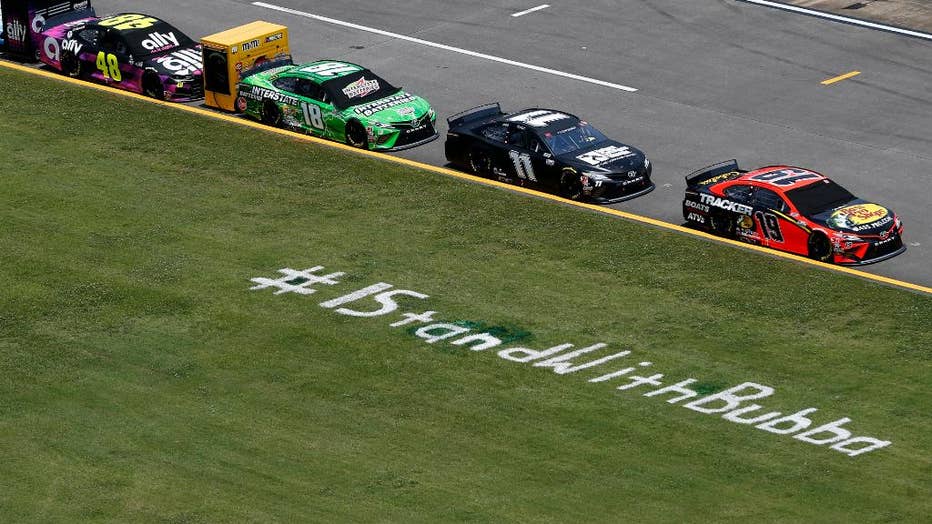 He told FOX 35 News that the incident is disgraceful and he’s sending all his support to Wallace.

“Bubba, I’m sorry there are ignorant people that do things like this,” he said. “I hope you’ll forgive them in your heart, so we can be unified.”

Two weeks ago, Wallace successfully pushed NASCAR to ban the confederate flag at all of its events.

“I think by running this branding on our car, putting the hashtag out there, bringing more awareness to it, it lines up with the videos we have put out at NASCAR for listening and learning,” he said in an interview at the time.

On Monday, NASCAR put out a statement saying it was angry and outraged.

The race organization vowed to find who’s responsible and eliminate them from the sport.

“It puts a black mark on the sport,” Watkins said. “We’re trying to encourage racial harmony in our society in general.”