It's now been one month since Brian Laundrie returned home to North Port without Gabby Petito. Questions are being raised about his sister and they last time she saw him.

NORTH PORT, Fla. - As the manhunt for Brian Laundrie enters its third week, questions are mounting about how he’s been able to elude authorities this long and whether his parents may have helped give him a head start.

Parents Chris and Roberta Laundrie have not been accused of any wrongdoing, but critics have taken to scrutinizing their actions in the weeks following the disappearance of their former future daughter-in-law, Gabby Petito, who was found dead in Wyoming at a campsite she shared with their son. They said nothing about the fact that she was missing and went on a Labor Day camping trip.

"If they provided false information to law enforcement that let Brian Laundrie take off and get a week head start, or if the parents sent law enforcement on a wild goose chase, searching the preserve when he wasn't there, there's certainly a basis to charge them," said Neama Rahmani, a former legal prodigy and federal prosecutor.

The Laundrie family has kept almost entirely quiet since Petito’s disappearance even though she lived with them.

The search for Brian Laundrie is expanding as the FBI investigates new tips coming in of possible sightings. The latest comes from a hiker on the Appalachian Trail who tells Fox News he spoke with a man he's convinced is Laundrie. FOX 13's Jordan Bowen has the story.

RELATED: Where is Brian Laundrie? Report of possible sighting on the Appalachian Trail

Their son returned home from a road trip out west – in her van but without her – Sept. 1. The family said nothing for 10 days, and Petito’s mother reported her missing on Sept. 11 after repeated unsuccessful attempts to make contact with the 23-year-old Long Island native.

An FBI-led search team found her remains near Grand Teton National Park eight days later at a campsite where she stayed in the van with Laundrie at the end of August.

So far, Laundrie has been described as a person of interest in the Petito case but charged only with debit card fraud for allegedly using someone else’s bank card without permission and withdrawing more than $1,000.

"Since he lawyered up right away, I doubt they made any statements," said Pat Diaz, a former Miami-Dade homicide detective with decades of experience. "So it's going to be hard-pressed to prove [wrongdoing] unless they get actual evidence on the parents, which I don't think they're going to have." 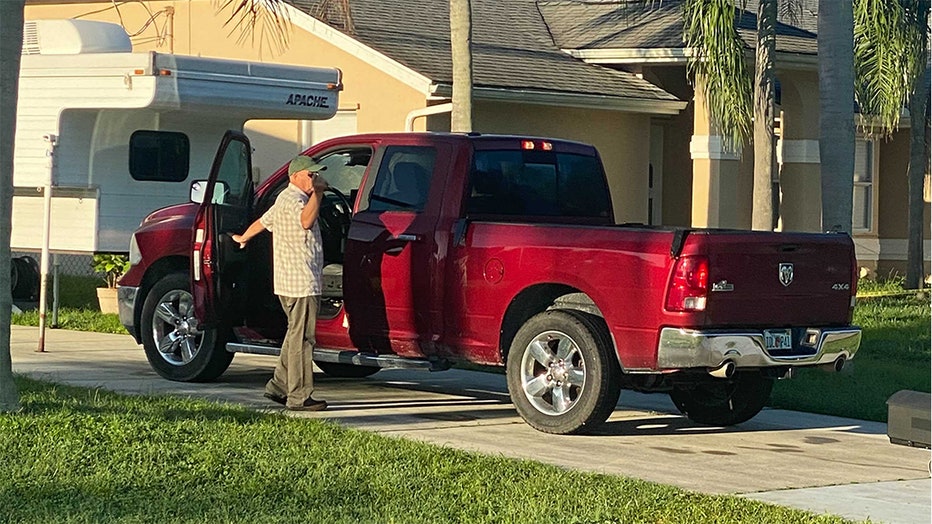 It’s unclear whether the Laundries told investigators anything. If they remained as tight-lipped behind closed doors as they have been publicly, it would be difficult to show they lied to authorities, Diaz added. But the FBI may have uncovered physical or digital evidence that is not yet publicly available.

Lara Yeretsian, another high-powered West Coast defense attorney, said potential charges against the parents hinge on what, if anything, they told the FBI when investigators entered their home last month, and whether they misled or misdirected authorities.

"We don't have enough information," she said. "All of this is conjecture, honestly."

But if any charges are filed against the parents, she said, they might relate to obstructing justice or accessory after the fact.

The Laundries' lawyer has maintained that Laundrie is missing and that the parents have no idea where their son is. Neither does their daughter. The attorney for Petito's parents has alleged that Brian Laundrie is hiding.

Rahmani said he expects federal investigators have already begun subpoenaing phone records and other evidence as part of their investigation and that more serious charges against Laundrie are likely.

It's the question on everyone's mind. Is Brian Laundrie alive or dead? It's impossible to know right now but a renowned psychiatrist believes there are some clues in Laundrie's behavior that may get us closer to the answer

MORE: How Brian Laundrie's behavior could provide clues about his disappearance

He also said the Laundrie family’s behavior up to this point has been suspicious.

"People that are worried about their future daughter-in-law, this is not how they act," he said. "They don't call a lawyer before reporting her missing to law enforcement, right? They assist an investigation. They don't go camping when they're looking for someone. Everything that they've done is inconsistent with someone who is concerned about finding their missing children."