After a heated debate among county leaders and fiery testimony from the public, Brevard County leaders opted not to vote on requiring residents and visitors to wear face coverings in public places.

VIERA, Fla. - The Brevard County Commission on Tuesday opted not to vote on a controversial order that would require face coverings to be worn in public places.

Several residents spoke for and against the measure that was proposed by Commissioner Bryan Lober.

"You are trying to infringe on our rights and tell us we have to wear what you want us to wear," said one man. "Let me continue, multiple other studies exist that show that masks do nothing to improve the health of the general public."

"The world is watching our country right now more than ever as we continue to reopen in ignorance and permit the virus to spread and this is unacceptable," said one woman.

Commissioner John Tobia from District 3 had already signaled he would be a no vote before the public testimony.

"To make it mandatory, to talk about penalties, that’s the wrong direction to go at this time," Tobia told FOX 35 News on Tuesday.

Commissioner Lober has taken strong positions before for COVID-19 response. For a time, he was calling for all beaches in the county to be closed, but that measure failed to get the support necessary to make it official. Then, the cities in Brevard County took it on themselves to pass local ordinances limiting beach access. 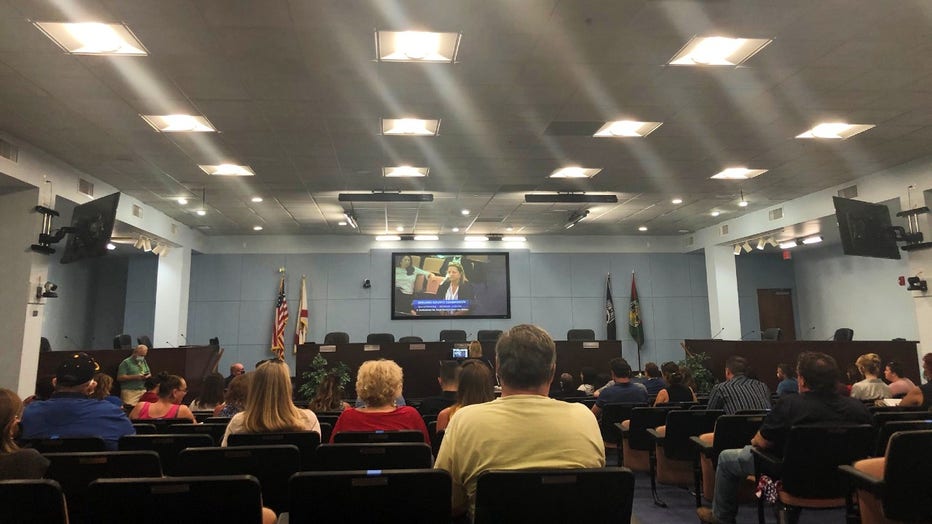 Several mayors around the county that we spoke to have said they will not try to do it at the local level.

"If we do nothing and the numbers keep going the way that they’re going, we could be in a situation where the hospitals may not be able to provide service in a month to six weeks," Lober said.