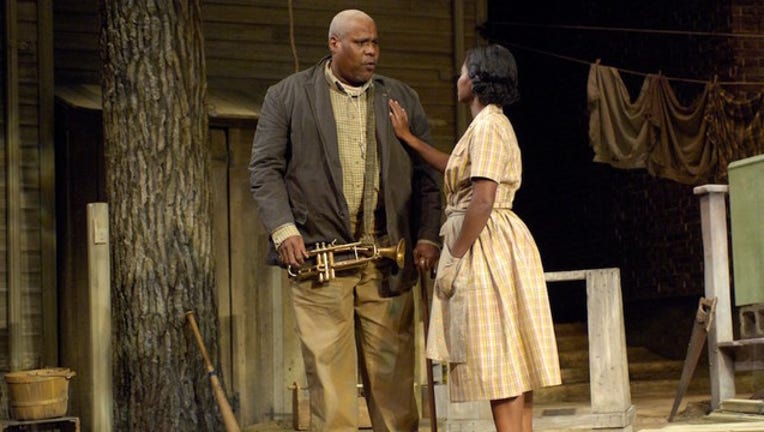 NEW YORK (AP) — Bill Nunn, a veteran character actor whose credits ranged from the "Spider-Man" movie franchise to such Spike Lee films as "Do the Right Thing" and "He Got Game," has died.

His wife, Donna, said Nunn died Saturday at his home in Pittsburgh. He was 63 and had been battling cancer.

A longtime Pittsburgh resident and graduate of Morehouse College, Lee's alma mater, Nunn broke through in movies in the late 1980s, first in Lee's "School Daze," then in the Oscar-nominated "Do the Right Thing," as the ill-fated Radio Raheem, who dies when choked by police during a street brawl in Brooklyn.

"Radio Raheem will always be fighting da powers dat be. May God watch over Bill Nunn."

Nunn, who stood well over 6 feet tall, went on to appear in dozens of films and TV programs, including "New Jack City," Sam Raimi's "Spider-Man" trilogy and "Sirens."

Nunn was the son of a prominent Pittsburgh Steelers scout, also named Bill Nunn, and befriended future Steelers president Art Rooney II while both worked as ballboys for the NFL team. They would long savor a youthful prank, stealing the car of star defensive tackle "Mean" Joe Greene.

"Joe showed up in a beautiful, green Lincoln Continental," Rooney explained last year. "Me and Bill Nunn were ballboys and somehow Bill got the keys one night and we decided to take it for a ride.

"We only told Joe that story about 10 years ago. We figured enough time had passed that we could disclose the little joyride."