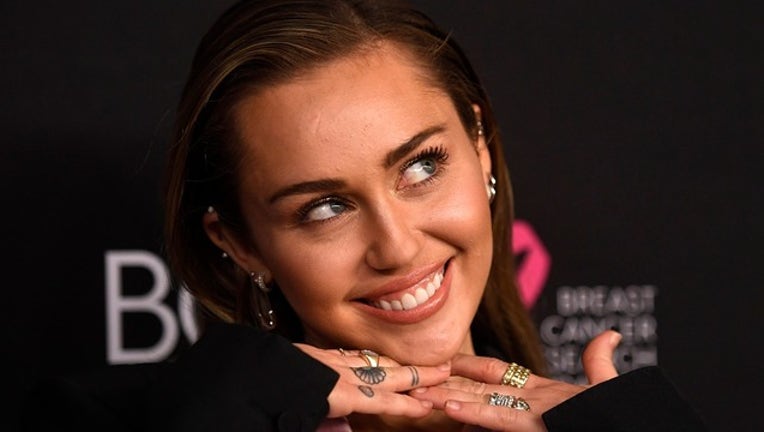 FOX NEWS - An Instagram-famous baker is calling out Miley Cyrus for stealing her cake design.

Becca Rea-Holloway, who runs the popular dessert Instagram account The Sweet Feminist, has accused the pop star of stealing her “intellectual property” and “art work” after Cyrus posted a photo of herself licking a cake with the words “Abortion is healthcare” piped on top. The singer posted the image on her own Instagram and did not credit Rea-Holloway.

Rea-Holloway originally posted a photo of a near-identical cake as early as May of last year. She then reposted the design on May 15 in response to the controversial HB314 abortion bill passed in Alabama that makes receiving an abortion or attempting to receive an abortion a felony in almost all cases.

On Wednesday, Cyrus posted a photo of herself licking a cake with the same white frosting and pink piping around the edges and pink writing – though certain letters of the font differ from Rea-Holloway’s original – to announce a collaboration with Planned Parenthood, Marc Jacobs and Cyrus’ nonprofit organization, the Happy Hippie Foundation.

The post gained nearly 4.1 million likes and thousands of comments praising Cyrus. However, as soon as Rea-Holloway saw the cake, she contacted Cyrus to claim to cake was a rip-off of her own work.

“@mileycyrus just announced a collaboration with @marcjacobs @plannedparenthood@happyhippiefdn using this image. It is a direct theft of my own original art work from May 2018, with no credit. It’s literally my exact handwriting, message, and concept. Swipe for comparison! Cake art is for everyone, but this is inexcusable,” The Sweet Feminist wrote in a caption of the Miley Cyrus photo, along with a photo of her original cake.

Cyrus’ team quickly responded to Rea-Holloway’s Instagram post saying they “saw the image online and didn’t realize” it belonged to the baker.

However, Cyrus’ response did nothing to assuage the self-proclaimed “rage baker,” and Rea-Holloway continued to accuse the musician of stealing her cake.

“It doesn’t doesn’t change the fact that my work was used with my consent and it is not sufficient,” she wrote in response to Cyrus’s comment.

The baker went on to claim she has received threatening comments and messages since she posted about the Cyrus photo.