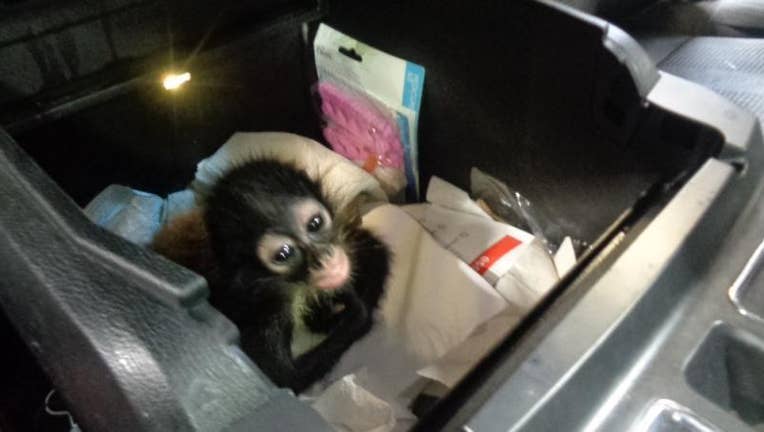 BREVARD COUNTY, Fla. - A baby spider monkey that was found in the console of a truck by officers with U.S. Customs and Border Protection at the Mexico/Texas border in June will be making the Brevard Zoo its home.

The zoo tells FOX 35 News that the little monkey will be arriving to the zoo from Texas on Friday and that they are "optimistic given his extremely young age that he will be able to be introduced to our troop here at the Zoo and live out his life in our care since he cannot be released back into the wild." 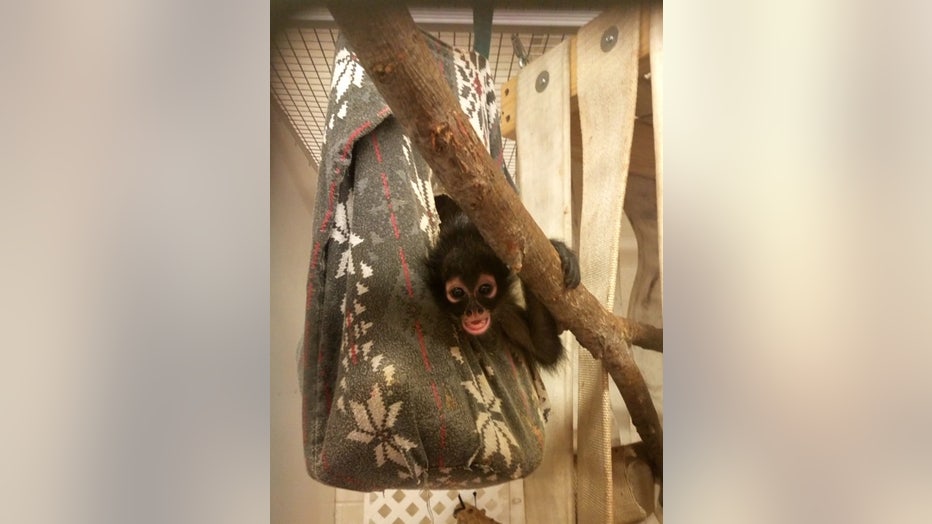 The animal care staff and Dr. Darby Proctor from Florida Tech will introduce the monkey to the other animals when it arrives.

The spider monkey has been staying at the Dallas Zoo for the past few months.

On June 23, the little spider monkey was discovered being smuggled in the center console of a truck driven by a 23-year-old Texas man, who is a U.S. citizen, Border patrol agents said. The man was stopped at the Hidalgo-Reynosa International Bridge.

"Spider monkeys are considered New World monkeys which are found in tropical forests of Central and South America, including southern Mexico and are considered endangered under the Endangered Species Act."