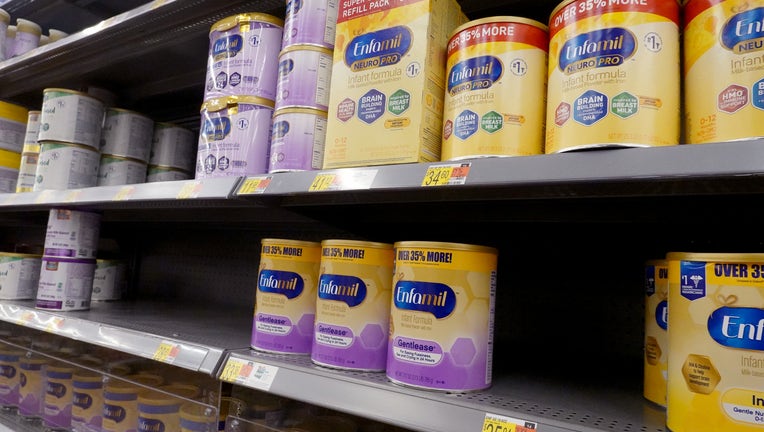 CHICAGO, ILLINOIS - JANUARY 13: Baby formula is offered for sale at a big box store on January 13, 2022 in Chicago, Illinois.(Photo by Scott Olson/Getty Images)

A baby formula shortage that’s forcing some stores to limit sales has gotten worse: In 26 states, 40-50% of major formula brands were sold out last week.

According to analysis from Datasembly, which tracks pricing and other data for retailers, out-of-stock numbers for baby formula have increased 9 percentage points over a two-week period. For the week of April 24, 40% of major brands are sold out nationwide. In six states — Iowa, South Dakota, Missouri, Texas and Tennessee — more than 50% of formula was sold out, analysts say. In San Antonio, Texas, roughly 57% of major baby formula brands are sold out.

Datasembly says the trend started in July 2021 and has continued ever since. In November 2021, 11% of major formula brands were sold out across the U.S. By April of this year, that number had climbed to 31%.

In response to the shortage, some retail chains have put limits on how many baby formula products you can buy at one time. At Walmart, customers are limited to five cans per day, and at CVS and Walgreens, you can only buy three products at once.

Target told FOX Television Stations in mid-April that it was "closely monitoring" the shortage, but it hasn’t announce in-store purchasing limits. On Target’s website, formula sales are capped at four cans.

Kroger has not said whether it has limits on how much baby formula you can buy.

If you’re having trouble finding it in stores, check online - and check back often - to see if retailers have what you need online. 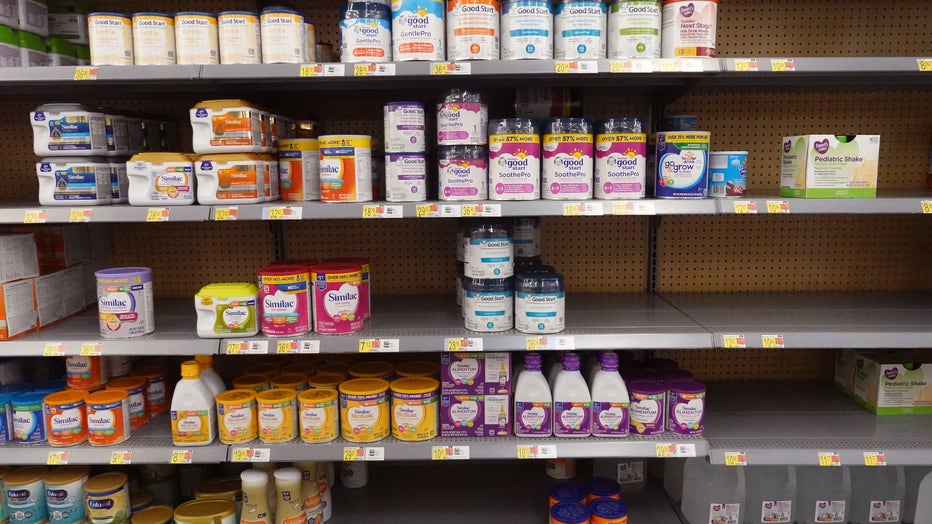 Supply chain and production issues were already causing a run on baby formula when formula maker Abbott announced a major powdered formula recall in February. The products - powdered Similac PM, Similac, Ailmentum and Elecare formulas - were linked to several infant hospitalizations, including two deaths, due to a rare bacterial infection.

Abbott told The Wall Street Journal that it’s trying to ramp up production at its facilities, but not the one in Michigan where the recalled formulas were made. Investigators concluded that Abbott failed to maintain sanitary conditions at that plant, which led to the deadly bacterial infections.

FDA inspectors visited the same plant in late September 2021 and cited several problems, but none of the problems resulted in a formal FDA warning or requirement that Abbott halt production.

This story was reported from Seattle. The Associated Press contributed.