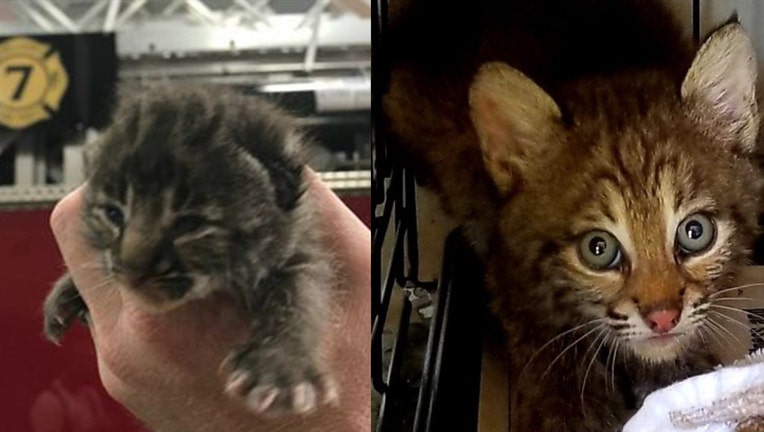 A baby bobcat that was brought to the Orlando Fire Department earlier this year has been released back into the wild.

"Remember me? I'm the mistaken baby bobcat that was dropped off to Station 7 back in April," the fire department wrote in a tweet.

Mystery surrounded the little bobcat after a man dropped it off at the station at 601 S. Goldwyn Avenue nearly eight months ago. The man who brought the little furball in originally thought it was a cheetah. The fire department did a quick search on Google and determined the kitten to be a Florida bobcat.

'Bob' was taken to the Creature Safe Place to live until he was ready to be on his own.

"I have since grown up and was recently released by the team at Creature Safe Place on a peninsula in Fort Pierce," the department wrote in an update on Thursday.