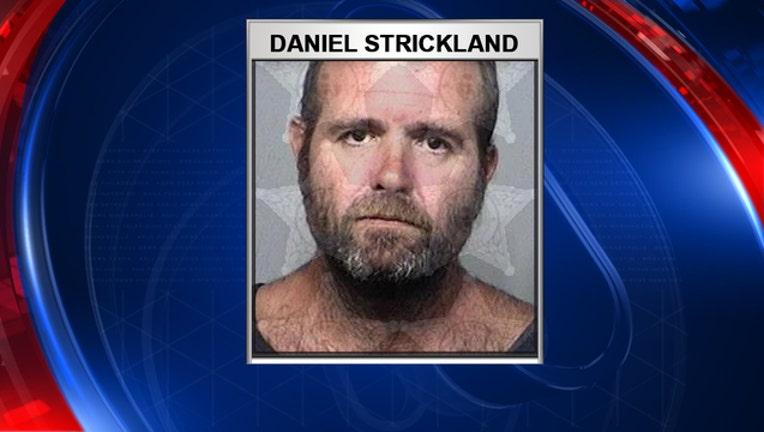 KISSIMMEE, Fla. (WOFL FOX 35) - Troopers have arrested a driver, accused of leaving the scene of a deadly crash on June 27.

The crash occurred on Colonial Drive and Berkeley Street, in Orlando, at 6:30 am. After receiving Crimeline tips and other information from the public, authorities said the vehicle was located at a residence in Cocoa.

The crash happened after the 2007 Honda SUV struck and killed 49-year-old Jorge Arias, while he was riding his bicycle to work.  Troopers located surveillance video of the suspect, near the crash scene and they said the driver, Daniel Lyon Strickland, 43, of Mims, admitted to being in the area at the time of the crash.

Authorities said Strickland turned himself into the Cocoa Florida Highway Patrol station on Monday.  He was arrested and charged with leaving the scene of a traffic crash, involving a death and driving while license suspended, with knowledge, causing death.

Strickland is currently being booked into the Brevard County Jail under a warrant.