What is the Ghost Army?

The Ghost Army refers to a secret unit that used inflatable equipment, sound effects, radio trickery, and other deceptions to draw enemy forces away from American units, saving an estimated 30,000 lives.

There are pros and cons to finding the right pair of winter gloves.

The challenge comes between sacrificing warm hands or dexterous fingers. For civilians, the choice between form and function might limit the ability to text with friends in freezing temperatures. For soldiers, however, the loss of hand function in the cold can have a negative impact on performance, survivability and lethality.

One of the most significant issues for warfighters, and people in general, is that cold exposure severely impacts hand function.

"This is due to the fact that in cold environments, the body reduces blood flow to the periphery to protect core temperature," said Dr. John Castellani, of the U.S. Army Research Institute of Environmental Medicine. "So areas like the hands and feet see less blood flow and therefore skin temperature decreases."

Army researchers, like Castellani, have spent the past 80 years developing technology for different parts of the body to increase blood flow in the hands without obstructing hand movement.

Castellani has spent decades studying the effects of cold weather on warfighter health and performance. Along with other scientists, he has developed a new device that warms the hands and fingers in cold weather without the use of gloves.

The Personal Heating Dexterity Device, or PHD2, helps prevent the loss of hand function in the cold. 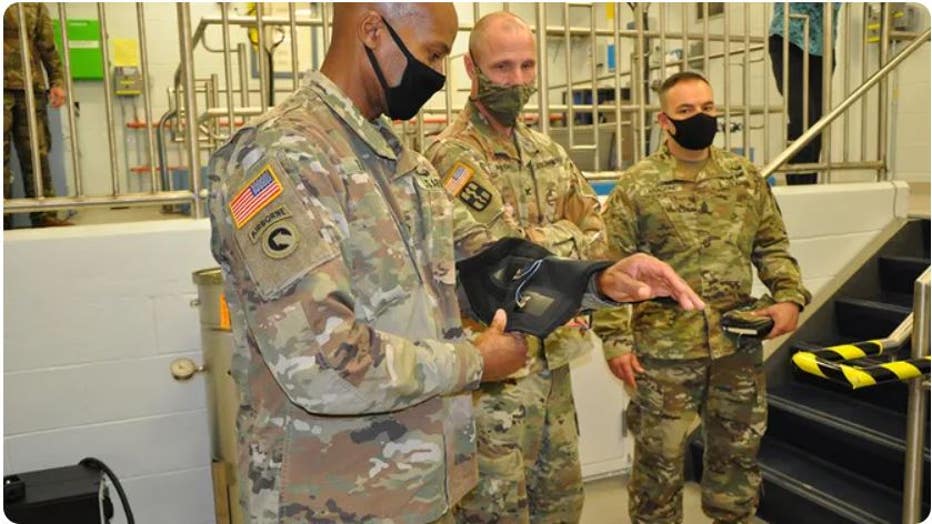 In the hands, when skin temperature decreases, manual dexterity is degraded. The purpose of the PHD2, Castellani said, is to increase hand and finger temperatures by providing external heat to the forearms, which will be absorbed and eventually raise the temperature of the hands and fingers.

"This increase in temperatures will improve dexterity," Castellani said.

Castellani and his team were trying to solve the loss of dexterity, which is vital for many tasks, such as loading ammunition, handling equipment and technology and treating injured soldiers.

"Gloves themselves can decrease dexterity by 50 to 70%. We were wondering if we could find a solution that would enable a person to have warm hands, even if bare-handed, so that dexterity could be maintained," Castellani said. 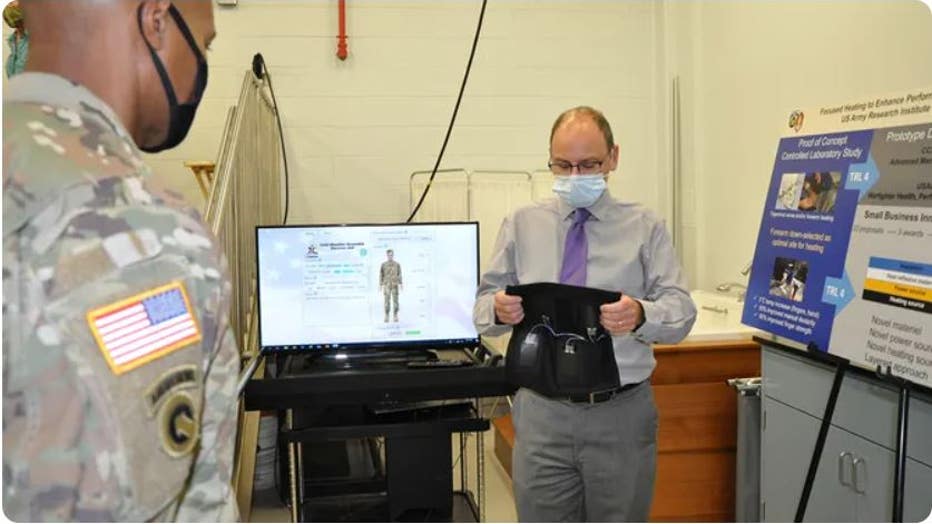 As for the feet, they are harder to keep warm.

"It may have to do with the fact that we humans are bipedal/upright, which impacts nervous system control of blood flow," Castellani said. "We are not sure if the same concept – that is – heating the calf will have the same effect. It is something we would like to pursue."

Researchers recently came back with a very early field prototype to get feedback from troops at Arctic Eagle, a joint exercise in Alaska involving more than 900 Air and Army National Guard personnel from 15 states, to see what they thought about the concept and what they would like to see in future versions.

"We need to develop prototypes with advanced materials and power supplies so that it is form-fitting and weighs very little," Castellani said. "Soldiers already are burdened with carrying too much weight. So that is what we’ll be doing in the next few years."