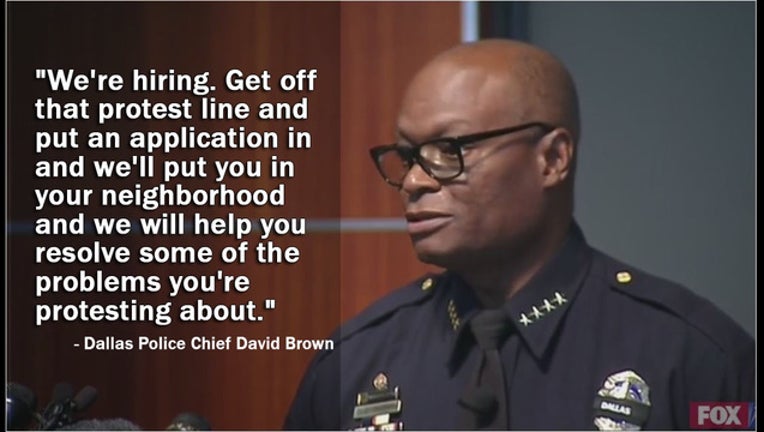 DALLAS, Texas - With his city just days removed from a horrific mass shooting of police officers, Dallas Police Chief David Brown urged those in the community to become “a part of the solution” and join the force.

“We’re hiring,” Brown said on July 11. The residents of Dallas responded in a big way.

“Get off that protest line and put an application in,” Brown had told those who had been demonstrating against recent controversial police shootings. “And we’ll put you in your neighborhood, and we’ll help you resolve some of the problems you’re protesting about.”