Some Apopka residents say dirt from a construction site that filled a retention pond is causing flooding in their neighborhood when it rains.

APOPKA, Fla. - Some Apopka residents say dirt from a construction site that filled a retention pond is causing flooding in their neighborhood when it rains.

According to the City of Apopka, there were six inches of rain on Wednesday and that resulted in a deluge near Kenny Pettrey's home. In a video recorded by Pettrey, you can see what looks like a gushing river next to his house in the Vistas at Waters Edge. While his home avoided damage, his pool became a muddy mess.

"I was concerned. If it didn’t stop raining, I was concerned my house was going to get flooded over," he said. "We have a massive engineering failure."

Pettrey blames the construction of a 262-unit apartment complex behind his home. He said it filled an 8-foot deep retention pond with dirt, blocking stormwater from draining properly. 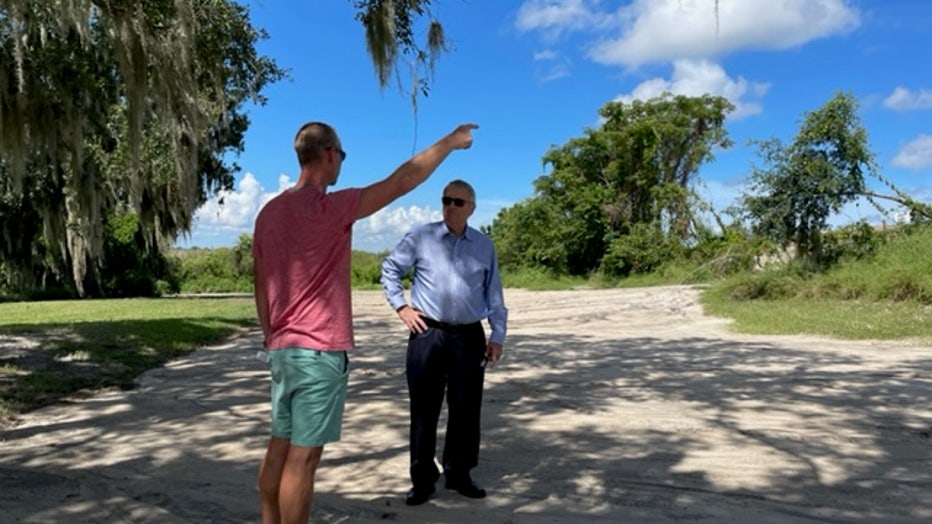 Apopka Mayor Bryan Nelson came out to the site and is concerned.

"This isn’t supposed to happen. So they’re not only going to clean up the mess they made, but they have got to get the pond, so it’s no longer holding water like that."  He said the developer needs to fix this immediately. "It’s not ‘can they,’ they will," the mayor said, or "they will get fined from the city."

Pettrey hopes the fix will come sooner than later.  "With the weather coming in the next few days, if this isn’t taken care of, that standing water’s full. Where’s all this going to go?"

The developer, Eden Site Development Inc., said it is aware of the problem and is working on a solution.