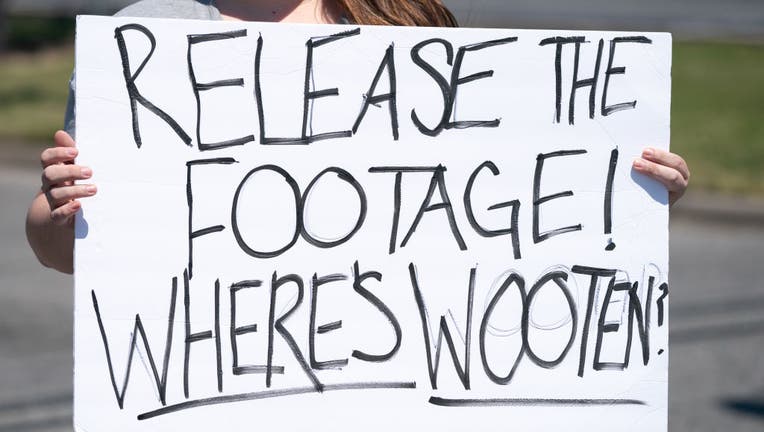 A North Carolina sheriff whose deputies shot and killed a Black man while serving warrants said Saturday that he will ask a court to release body camera video as soon as he's confident it won't compromise an investigation of how the shooting happened.

The statement comes as the sheriff faces sharp criticism and calls for transparency.

Pasquotank County Sheriff Tommy Wooten II said in a recorded video statement that he would ask a local judge as early as Monday to allow the release of deputy body camera footage of Wednesday's shooting death of Andrew Brown Jr. Wooten said that he would first check with the State Bureau of Investigation, which is probing the shooting, to make sure that releasing the video would not hamper their efforts.

"Only a judge can release the video. That's why I've asked the North Carolina State Bureau of Investigation to confirm for me that the releasing of the video will not undermine their investigation. Once I get that confirmation, our county will file a motion in court, hopefully Monday, to have the footage released," he said.

Asked for comment on Wooten's remarks, SBI spokeswoman Anjanette Grube referred back to a statement earlier in the week that said "it is not the SBI’s decision as to when and how body camera video is released." The statement directed questions about the footage back to the sheriff and local prosecutor.

Wooten released the statement just after a family attorney, local clergy and civil rights leaders including the Rev. William Barber II, who leads the Poor People's Campaign, held a news conference to demand that the footage be released.

A family attorney, local clergy and civil rights leaders including the Rev. William Barber II, who leads the Poor People's Campaign, held a news conference to demand that the footage be released in the deadly shooting of Andrew Brown Jr. in Elizabeth City, North Carolina.

Seven deputies have been placed on leave amid indications, including emergency scanner traffic and an eyewitness account, that Brown was shot in the back as he tried to drive away in an Elizabeth City neighborhood.

Wooten has said deputies from his department including a tactical team were attempting to serve drug-related search and arrest warrants when Brown was shot. He said multiple deputies fired shots but he released few other details. Nearby Dare County had issued two arrest warrants for Brown on drug-related charges including possession with intent to sell cocaine. Brown, 42, had a criminal history dating back to the 1990s, including past drug convictions.

The shooting sparked outcry from the community, with protesters demanding the release of the body camera footage.