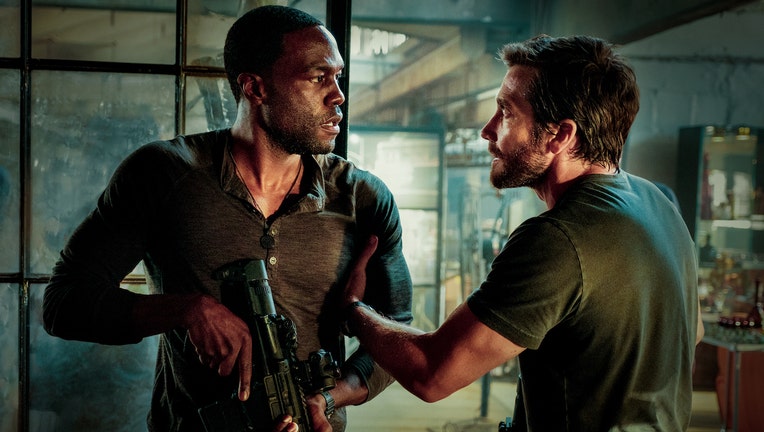 CHICAGO - In the stupidest "wow, what a coincidence" moment in cinema since Bruce Wayne and Clark Kent realized their mothers have the same name, Michael Bay would really like to blow your mind with the fact that you can’t spell "ambulance" without LA. Did you know that LA is also a place more formally known as Los Angeles? And that this movie is set there? Don’t worry — if you forget, Bay will remind you.

"Stupid," in this case, is both a complaint and a compliment. "Ambulance" — sorry, "AmbuLAnce" — is a patently absurd feast of spectacle and camp, a bifurcated mess that can’t decide what kind of movie it wants to be and so chooses instead to be several movies at once. None of those movies are good, exactly, but none of them are boring either, and thrown together this way, they fuse into a Frankenstein’s monster of explosions and nonsense, pathos and plot holes. Yet in spite of (or perhaps because of) its myriad flaws, it’s impossible to resist the film’s siren song.

That’s probably because there are so many sirens in it, but it’s true all the same.

About "Ambulance": A getaway vehicle and plot device in one

Will Sharp (Yahya Abdul-Mateen II) is a decorated war vet hitting wall after wall when it comes to locking down life-saving medical care for his wife (Moses Ingram). Danny Sharp (Jake Gyllenhaal), his brother, opted for life as a career criminal and prides himself on being less of a psychopath than their now-deceased bank-robber dad. (Danny’s still very much a psychopath, though.) Will goes to Danny for help, and wouldn’t you know it, Danny is mere minutes away from setting out with a team of idiots to attempt the biggest bank heist in L.A. history. So sure, Danny will help, by way of letting Will in on the action, since he needs one more guy anyway.

As you might suspect, things go awry (a pair of Birkenstocks is involved) and before you know it the brothers are trapped and looking for a way out. Then an ambulance carrying a bleeding cop comes along, and we’re off to the races.

RELATED: Review: ‘Sonic the Hedgehog 2’ is bigger and more boring than the original

Let’s get the bad stuff out of the way first: If you cannot tolerate exposition disguised as self-serious monologues, you’re going to want to tune out for a decent chunk of this thing, especially once hot-shot paramedic Cam (Eiza González)crosses paths with the Brothers Sharp. Like Ingram as Will’s wife, González does the best she can with what she’s given, but it’s unclear whether or not anyone involved with the making of "Ambulance" has ever had a conversation with a human woman, let alone written for one.

But at least the female characters are consistent in their blandness. The caricatures that pass for male supporting roles ricochet madly through the film, jostled from trait to trait like, say, a paramedic trying to save a dude’s life in the back of an ambulance that’s being chased by the LAPD and FBI through the mean Los Angeles streets. Their competence, sanity, communication style, wants and needs change willy-nilly to allow for whatever set-piece or stunt Bay and company want to tackle next. It’s not good writing, but, on the other hand, it’s sure as hell fun to watch. (The exception: the lazy stereotypes used to characterize members of a cartel Danny calls for aid. Those are consistent, but they suck.) 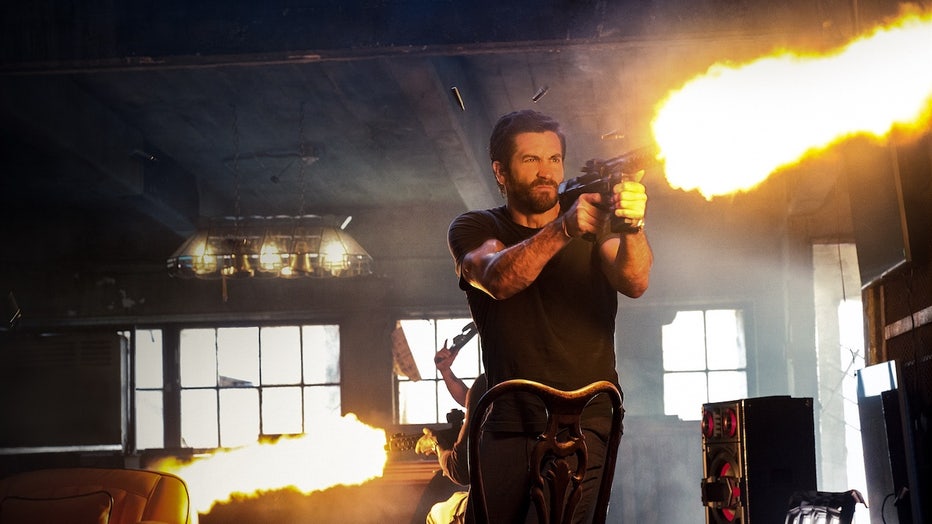 Gyllenhaal, mercifully, doesn’t have the same inconsistency problem, because careening psychotically from one vibe to the next seems to be Danny’s default state. He and Abdul-Mateen both know exactly what kind of movie they’re in at all times — wait for a scene soundtracked by a Christopher Cross song to see what I mean. But Gyllenhaal comes in at an 11 out of 10 and never turns the dial down, and the film is all the better for it. It’s a performance that’s Nicolas Cage-like in its insanity, and that is meant as the highest kind of praise.

See "Ambulance" for: excellent acting and a bunch of really dumb stuff 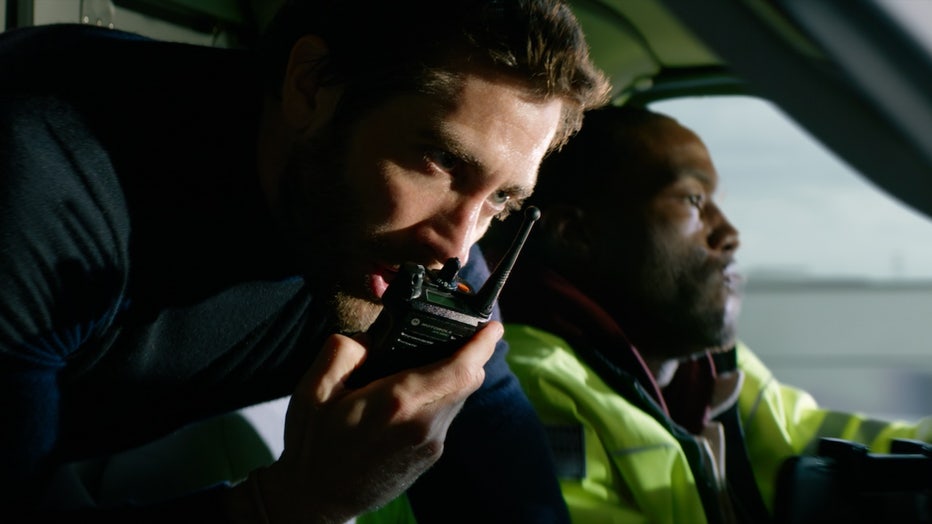 In fact, neither of the film’s leading actors phone it in for so much as a moment. It cannot be overstated how deeply stupid this movie is, and yet they play it, warts and all, like it’s Shakespeare. These are performances operatic in scope, truly capital-A Acting. Gyllenhaal is the scene-stealer, but Abdul-Mateen has the much harder task here; that Will manages to have anything resembling a coherent character arc is due entirely to his emotional commitment and willingness to give himself over to the insanity.

And oh boy, is there ever insanity. Having thought long and hard about what makes this movie worthwhile, I’ve come to the conclusion that the best way to capture its appeal is to simply list some of the things that happen over the course of its two-plus hour runtime. So, here goes:

Jake Gyllenhaal screams about flamingoes. Yahya Abdul-Mateen II punches a guy in the name of medicine while yelling "GO TO SLEEP." A couples’ counseling session is interrupted by a text that says "MASSIVE BANK HEIST IN DTLA." A major plot point hinges on a can of lime-green spray paint. Two trauma surgeons offer medical expertise from the 14th tee. Someone holds a spleen. A massive dog gets accidentally dog-napped. Bay essentially cribs not one, not two, but three scenes from "Breaking Bad." Someone quotes Sean Connery’s character from "The Rock," a film by Michael Bay. Someone else checks the balance in their cryptocurrency wallet. A man wakes from unconsciousness and says, "Did you have your hands inside my stomach?" and a woman replies that yes, she did, really far inside. Many, many cars explode, flip, catch fire or are otherwise destroyed. A seemingly endless array of cops die in the pursuit of not letting one cop die. And it would seem that every drone in the city of Los Angeles was put to work to make the film’s endless swoops, circles and plummets possible.

Does any of that stuff appeal? Then you should go see "Ambulance." Do not expect great art. Expect dumb fun and you’ll get what you pay for. 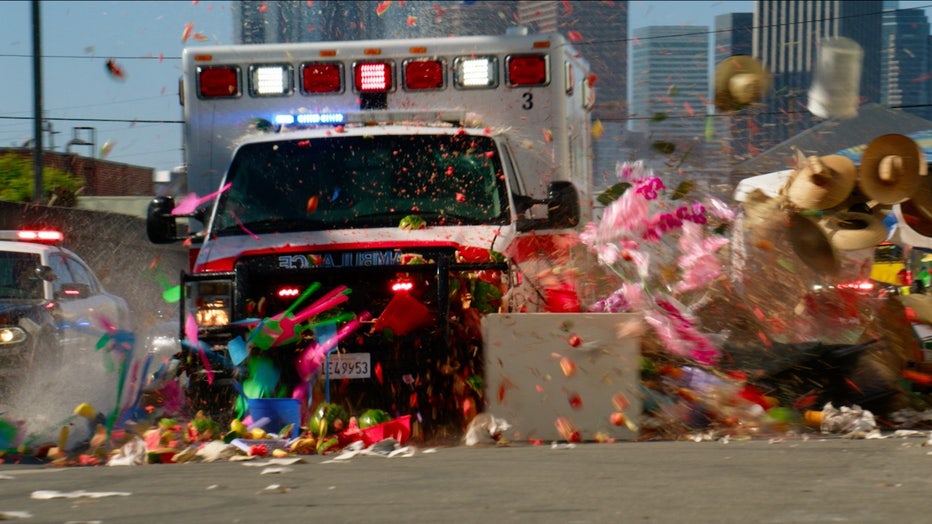 Hardcore Henry (2016): "Hardcore Henry" isn’t based on a video game, but it replicates the gaming experience more directly than any proper adaptation of the past two decades. Filmed entirely in "first person shooter" mode (i.e. from the perspective of the protagonist), this sci-fi shoot-‘em-up delivers a creative riff on action filmmaking with a gimmick it’s hard to believe someone hadn’t tried before. Rated R. 96 minutes. Dir: Ilya Naishuller. Featuring: Sharlto Copley, Danila Kozlovsky, Haley Bennett, Andrei Dementiev, Darya Charusha.