All clear at US Capitol, White House after reported airspace violation over DC prompted lockdowns

An all clear was given at the U.S. Capitol and at the White House after a reported airspace violation over Washington D.C. prompted brief lockdowns Tuesday morning.

WASHINGTON - An all clear was given at the U.S. Capitol and at the White House after a reported airspace violation over Washington D.C. prompted brief lockdowns Tuesday morning. 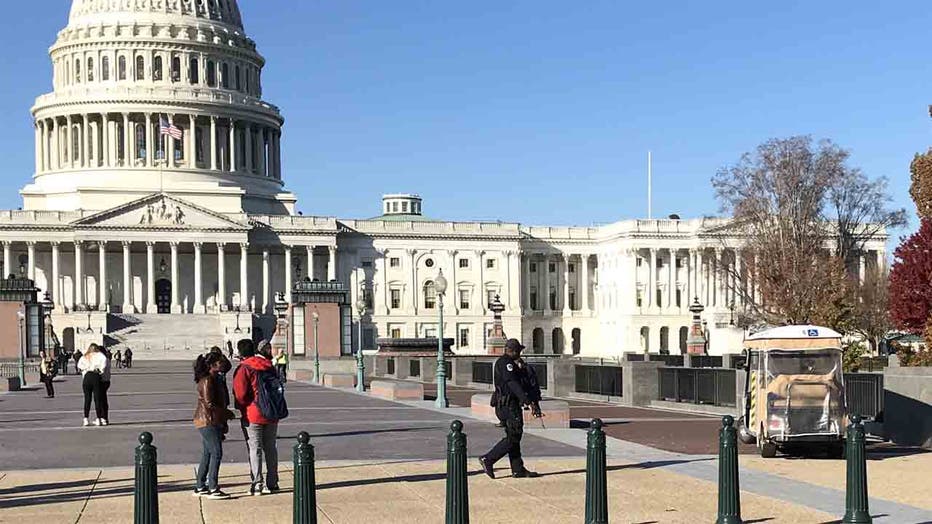 The incident was reported around 8:30 a.m. and caused road closures in the downtown area. Evacuations at the U.S. Capitol were ordered as a precaution and lasted about half an hour. No injuries were reported.

The White House and the Capitol Building were briefly placed on lockdown Tuesday morning.

Accoridng to Fox News, U.S. Capitol Police scrambled a helicopter, and the military scrambled fighter jets from Joint Base Andrews during the incident.

Law enforcement sources initially told Fox News the lockdown was triggered after an aircraft moving east violated restricted airspace. But Fox News later learned that officials may have to go back and review the radar to determine what exactly prompted the scare, with sources saying they got "mixed signals at best" as to what the potential aircraft could have been.

One source said they were never sure whether an actual aircraft was ever involved, while another told Fox News that radar was showing "different sectors" as to where the threat was coming from. One source said whatever they saw may have just been an “anomaly” or even “geese.”

FOX News and the Associated Press contributed to this article