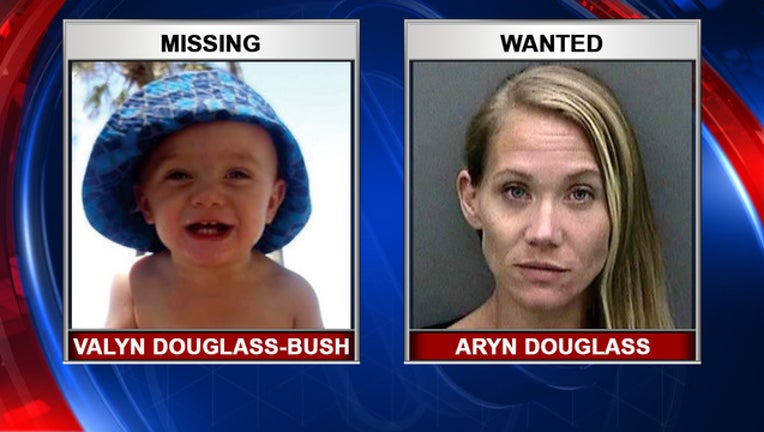 TAMPA, Fla. (FOX 13) - Deputies in Hillsborough County have issued an alert for a missing 1-year-old who may be with his mother, who herself is wanted on a felony charge.

According to the sheriff’s office, it was back on May 20 when deputies received a complaint about neglect involving 1-year-old Valyn Douglass-Bush. But the Child Protective Investigations Division has not been able to find the boy since then, and a judge has now ordered Valyn into state custody.

Valyn is described as a white 23-month-old, around 2 feet tall and 30 pounds, with blonde hair and blue eyes.

Anyone with information on Aryn Douglass or Valyn Douglass-Bush is asked to contact the Hillsborough County Sheriff's Office at 813-247-8200.