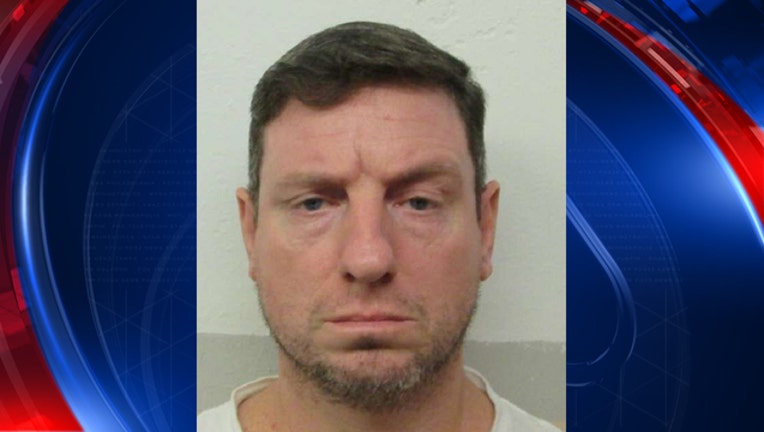 BIRMINGHAM, Ala. (AP) - A man convicted of using a sword and knife to kill a country preacher during a 1991 robbery was put to death by lethal injection in Alabama on Thursday, weeks after he was initially scheduled to die.

Christopher Lee Price, 46, became the second inmate put to death in Alabama in two weeks. The execution was carried out at Holman prison and he was pronounced dead at 7:31 p.m.

Price, who was nearly put to death in April before an execution warrant expired, sought a stay from the U.S. Supreme Court based on a challenge to the state's method of using three drugs during lethal injections. The nation's high court, by a 5-4 vote, refused to halt the execution Thursday night. The conservative majority did not give a reason for denying the stay.

Price had asked to instead die by nitrogen hypoxia, an execution method Alabama has legally authorized but not developed. His lawyers argued the method, which kills by depleting the body of oxygen, would be less painful than lethal injection.

Price sued the state over Alabama's current practices, and the inmate's attorneys contend the state is rushing to execute him two weeks before the trial date. State attorneys asked the 11th Circuit to deny a stay, arguing that Price is bringing up previously decided issues at the last minute just to seek a delay.

Price was convicted of killing of Bill Lynn, a Church of Christ minister in rural Fayette County, on Dec. 22, 1991.

The inmate was set to be executed last month but the state death warrant expired at midnight before a divided U.S. Supreme Court lifted a stay that blocked the lethal injection. The court subsequently released documents that showed its internal squabbling over the death penalty.

The Alabama Supreme Court then set a new execution date even though U.S. District Judge Kristi DuBose of Mobile had scheduled a trial set for June 10 to hear Price's challenge to Alabama's lethal injection process. DuBose denied an execution stay in a decision released Sunday.

In a dissent Thursday, Justice Stephen Breyer wrote that the court should have delayed the execution until the trial could take place.

Court documents show Lynn was at home with his wife Bessie assembling toys for grandchildren three days before Christmas when the electricity failed. He went outside to check on the power box, and the woman looked outside after hearing a noise to see a man dressed in black holding a sword above her husband.

The woman ran outside to find Lynn severely wounded, and she saw two men as she tried to start a van to flee. She was beaten and robbed of money and her wedding rings despite pleas that she be allowed to keep the jewelry, court documents show. According to an autopsy, Lynn was cut or stabbed more than 30 times.

Price was arrested several days later in Chattanooga, Tennessee. He admitted participating in the robbery but blamed the actual killing on another man.

Kelvin Coleman pleaded guilty to murder and was sentenced to life in prison, while jurors convicted Price of capital murder and a judge sentenced him to death.

Earlier this month, Michael Brandon Samra was put to death by lethal injection for his capital murder conviction in a quadruple killing near Birmingham. His lawyers didn't cite any complaints with the process following the execution.

Alabama executed one other inmate this year in February.